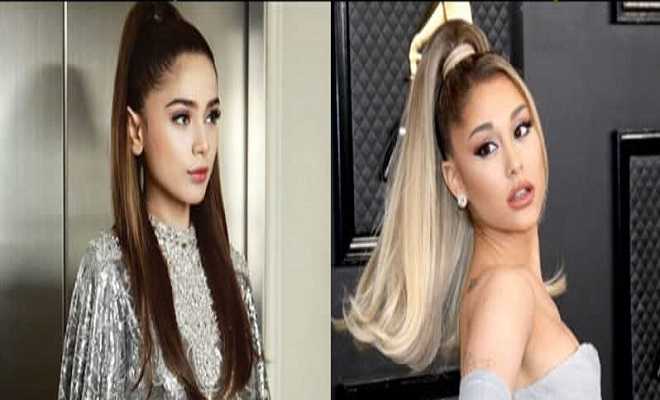 Amongst the artists line up was the gorgeous and very talented Pakistani singer, Aima Baig. However, even her performance didn’t do anything to stir up passion in the audience who sat dazed in the stands. But yes, Aima, did one thing with her performance at the opening ceremony of PSL 5. The singer earned the wrath of netizens for having imitated Hollywood singer Ariana Grande from head to toe for her performance.

Dressed in a silver Nomi Ansari, figure-hugging attire with a pony tail that’s Ariana Grande’s signature hairstyle, Aima belted out the song Dhola on stage. But netizens didn’t have it. Here’s how she’s being trolled for being heavily inspired by Grande during her performance;