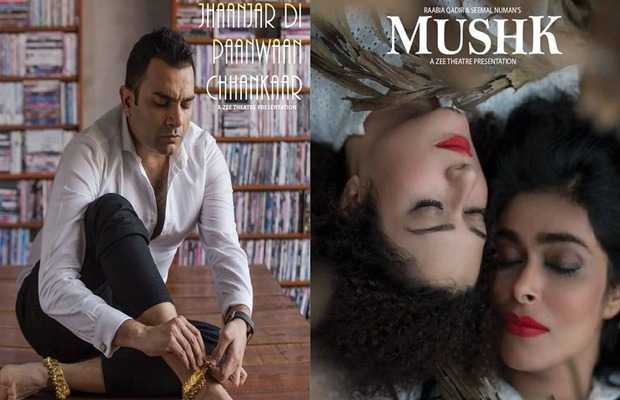 Sarmad Sultan Khoosat’s talented sister and executive director of Olomopolo Media, Kanwal Khoosat is making her mark on the Indian entertainment scene as two of her stage plays have made it to Zee Theatre – an online streaming site that offers recorded plays on its platform.

The two of her plays titled Mushk and Jhaanjar Di Paanwan Jhankaar both premiered in Pakistan and have been widely appreciated by the audience. It’s now an opportunity for viewers across the border to catch up with some good quality content produced by the Pakistani theater industry.

Mushk featuring Sania Saeed and Nimra Bucha is a story of a woman interviewed by a journalist who knows her more than herself. The play will soon make its way to the streaming site, confirmed Zee Theatre.

On the other hand, Jhaanjar Di Paanwan Jhankaar is a critically acclaimed play debuted in April 2018 that features Kanwal’s brother Sarmad. The drama also features Zain Afzal and Samiya Mumtaz in lead roles.