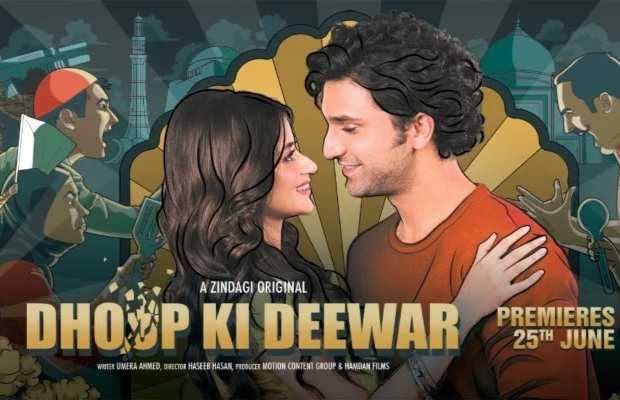 Ever since the trailer of much anticipated Sajal Aly and Ahad Raza Mir’s starrer web series Dhoop Ki Deewar came out, the writer and series came under attacks from trolls.

The series became a target of criticisms for hinting at a loved story between a Pakistani Muslim girl and a Hindu Indian boy. And of course the India and Pakistan rivalry.

Taking it to social media a detailed statement was shared on behalf of the popular writer Umera Ahmed.

“A lot has been said about Dhoop Ki Deewar in general and Umera Ahmed in particular after the trailer of the project has been released. Umera Ahmed has addressed all the objections that have been raised. Hope it clarifies a lot of things.” says the caption of the tweet containing a thread of statement.

Directed by Haseeb Hassan, the web series is based on an engaging cross-border tale of love, hate, and nationalism.

Popular actor Sajal will be seen playing the character of a girl named Sara from Pakistan while Ahad is essaying the role of Vishal from India.