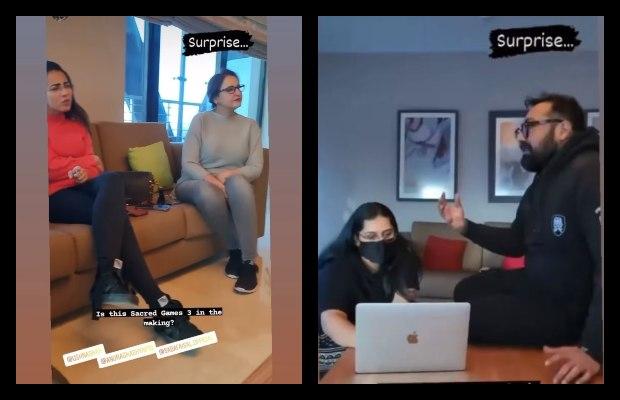 As being reported, Pakistani TV actors Ushna Shah and Saba Faisal are currently in Belarus for the project being directed by noted Indian director Anurag Kashyap.

The announcement for the new project was made by both the actress on their respective social media accounts.

However, the new project is a film or a web series it is not known yet as no further details have been shared.

“It’s the first day of why I came to Belarus… You’ll see it soon, InshAllah. A new project with a great director.” said Saba in the video message.

The senior actress also tagged Anurag Kashyap in the caption.

While Ushana Shah broke the news in a reshared post on her Instagram stories in which she’s seen talking to Kashyap.

“Cross border collab. Honoured and excited to learn from this institution,” she said.

Check out the video:

Keep following this space for more updates on this project!