The song will leave you in fits of laughter 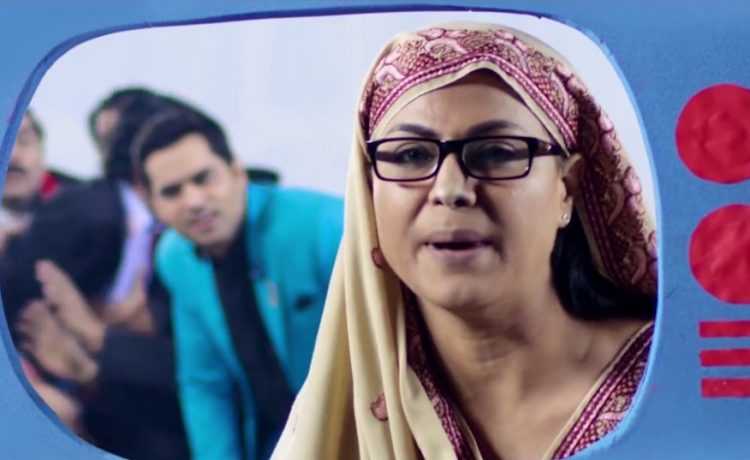 Veena Malik in collaboration with her husband Asad Khattak come up with a song ” Ye Kya Baat Hoi Hai.” The song is a political satire  mocking the current Pakistani political scene as well as the politicians and seems like a good attempt to satirize the corrupt and flawed system of our country.

The song is produced by Veena Malik Productions and is presented by Asad Khattak. Yeh Kia Baat Hoi Hai is directed by Ali NK. The song is basically sung by Asad Khattak with some cool rapping by Veena Malik. The lyrics are simply hilarious , full of catchy lines like PM saada Nobita tay CM saada Doraemon  and on top of that Veena nails everything with her rapping. Its good to see the glamour queen put her vocals in rapping, they aren’t half bad guys!

Check out the video and you’ll absolutely be hooked to Veena’s mimicking Maryam Nawaz, Meera Ji and even Ayaan Ali. Even Aunty Gormint (Veena Malik herself) makes a cameo in the video and sends us into fits of laughter. The song, a very true form of satire, wrapped up in a funny package is a good attempt at sending across its message.

Asad’s vocals and Veena’s rapping along with the music, make a fair combination for something that takes an honest dig at the flawed system of the country.

tweet
Share on FacebookShare on TwitterShare on PinterestShare on Reddit
Rameeza NasimMarch 7, 2018
the authorRameeza Nasim
Rameeza Nasim, a Paralian, passionate about poetry, drama and fiction. By giving drama critiques I feel like I am endorsing the writer's message to the audiences, I love my job. Being a critic responsibility lies on my shoulders to point out the flaws and shortcomings of the play be it on writer's , performers or director's end . I did my Masters in English Literature and Linguistics .
All posts byRameeza Nasim