Pandemic, like affecting the rest of the world, has led to the delay in the release date of the much-anticipated films of the year. 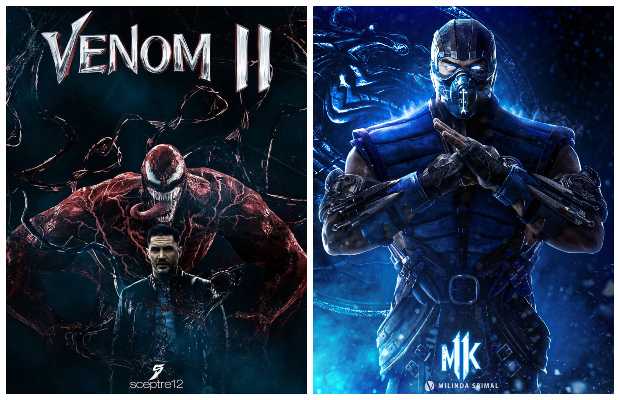 The two of the most anticipated film venom 2’ and ‘Mortal Kombat’ have gotten new release dates, it was learned on Wednesday.

The Tom Hardy starter, “Venom: Let There Be Carnage” will be arriving on September 24 instead of September 17.

The new release date for the film means “Venom 2” no longer be premiering on the same day as the murder mystery “Death of the Nile” and the animated children’s film “The Boss Baby: Family Business.”

Pandemic, like affecting the rest of the world, has led to the delay in the release date of the much-anticipated films of the year.

The follow-up to “Venom,” directed by Andy Serkis will see Hardy reprising his role as the titular alien symbiote.

Meanwhile, the other film facing a reshuffle in the release date is an adaptation of the popular video game, “Mortal Kombat.”

The Warner Bros. fantasy-action film will release on April 23. it was initially scheduled for April 16 premiere.

The film will premiere both in cinemas and on HBO Max.

Mortal Kombat is directed by Simon McQuoid, while James Wan is the producer of the film, whose credits include “Aquaman,” “The Conjuring” and “Saw”.

According to the film’s synopsis, the story of Mortal Kombat follows a washed-up MMA fighter who is unaware of his hidden lineage and why he’s being hunted down by a clan of assassins. Concerned for the safety of his family, he seeks out a team of fighters who were chosen to defend Earthrealm in a high-stakes battle against the forces of Outworld.