Mitchell Jhonson has always been an inspiration for me 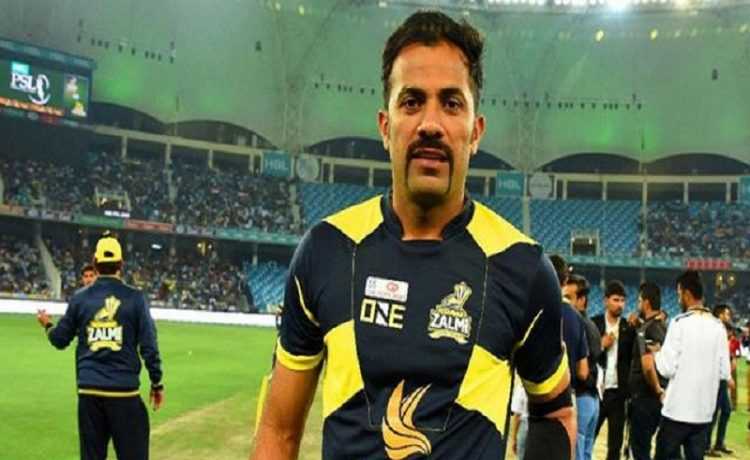 Wahab Riaz Peshawer Zalmi’s pacer, right before the opening match in PSL 3rd edition came with a new look. The sported moustache gave him a similar look resembling the Australian pacer Mitchell Johnson who tormented England in 2013/14. As reported, Johnson pulled himself out of the PSL citing household cause; reason could be simply the IPL auctions earlier in final month. Just before the opening match, Mohammad Hafeez tweeted revealing his mate’s new look,

Ready to go for the opening ceremony & our 1st game of PSL#3 , not sure about @WahabViki new look 😷👌👍🏼😂 pic.twitter.com/eAtbNn1W37

Read More : Peshawar Zalmi misses Dwayne Bravo and Hasan Ali as Multan Sultans ease to victory
Voila, and it was all over social media. It came as a shock rather than a pleasant surprise, for the cricket followers over the pacer’s new look and Wahab Riaz made headlines with his new look.

Fans were astonished, few like it and in no time the trolling started. Wahab Riaz’s new look will be the talk of town by the time PSL3 ends up.

Remember when @WahabViki featured in clash of clans? #PSL2018 pic.twitter.com/RgVy7vjRfT

And few also tried to raise his spirits,

Mean while, talking to a local news channel Wahab Riaz told reason for opting this new look. He said, ‘Mitchell Johnson has been an inspiration for me as he had the moustache and now I have it too and this is a motivation for me to bowl fast and make my mark in the PSL.”

tweet
Share on FacebookShare on TwitterShare on PinterestShare on Reddit
Saman SiddiquiFebruary 24, 2018
the authorSaman Siddiqui
Saman Siddiqui, A freelance journalist with a Master’s Degree in Mass Communication and MS in Peace and Conflict Studies. Associated with the media industry since 2006. Experience in various capacities including Program Host, Researcher, News Producer, Documentary Making, Voice Over, Content Writing Copy Editing, and Blogging, and currently associated with OyeYeah since 2018, working as an Editor.
All posts bySaman Siddiqui