Wahaj’s strong, moving performance has no doubt won the hearts of many 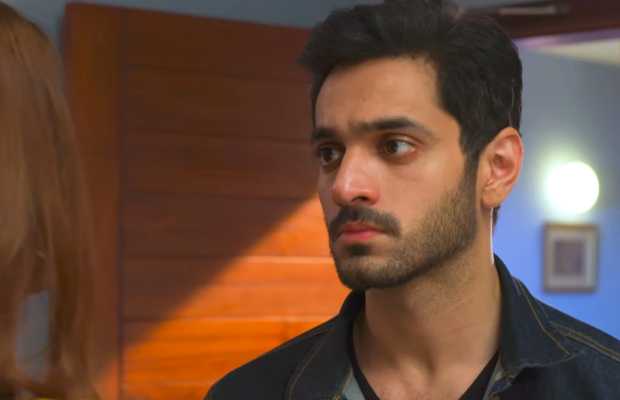 The latest drama serial by 7th sky, ‘Fitoor’ is the talk of the town. The drama has garnered a lot of good reviews due to the power-packed performances delivered by the extremely talented cast.

However, Wahaj Ali’s character in the drama, Hamza, has definitely gotten the most attention and love from the audience. Wahaj is known for his commendable acting skills and so it’s no surprise that fans are loving him in Fitoor as well. Here are a few reasons why we think Wahaj Ali is the audiences’ favorite character:

Wahaj’s ability to portray his emotions through his eyes i remarkable and his fans believe that even without any dialogues he would have been able to show the betrayal and heartbreak that Hamza was going through. 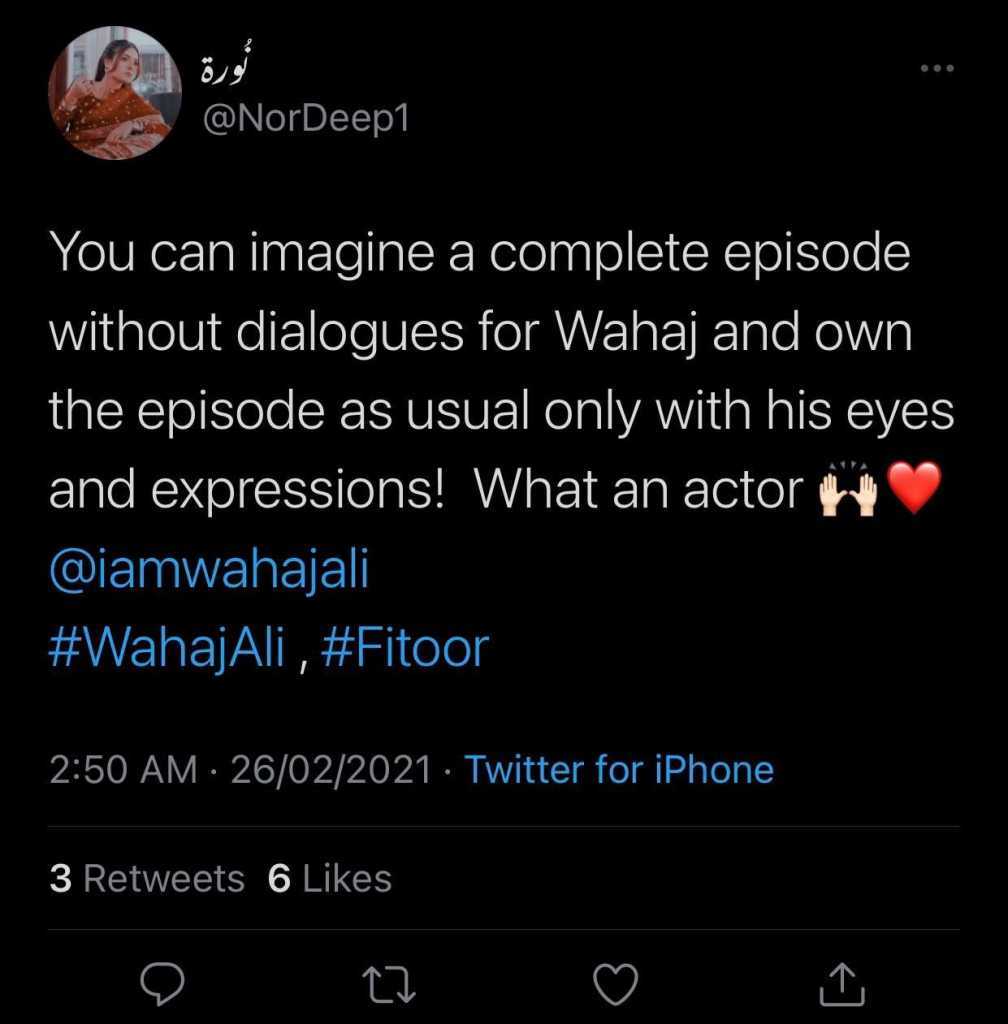 Apart from his expressions, the meaningful and strong dialogues he delivered are also another reason why fans have fallen in love with Hamza. 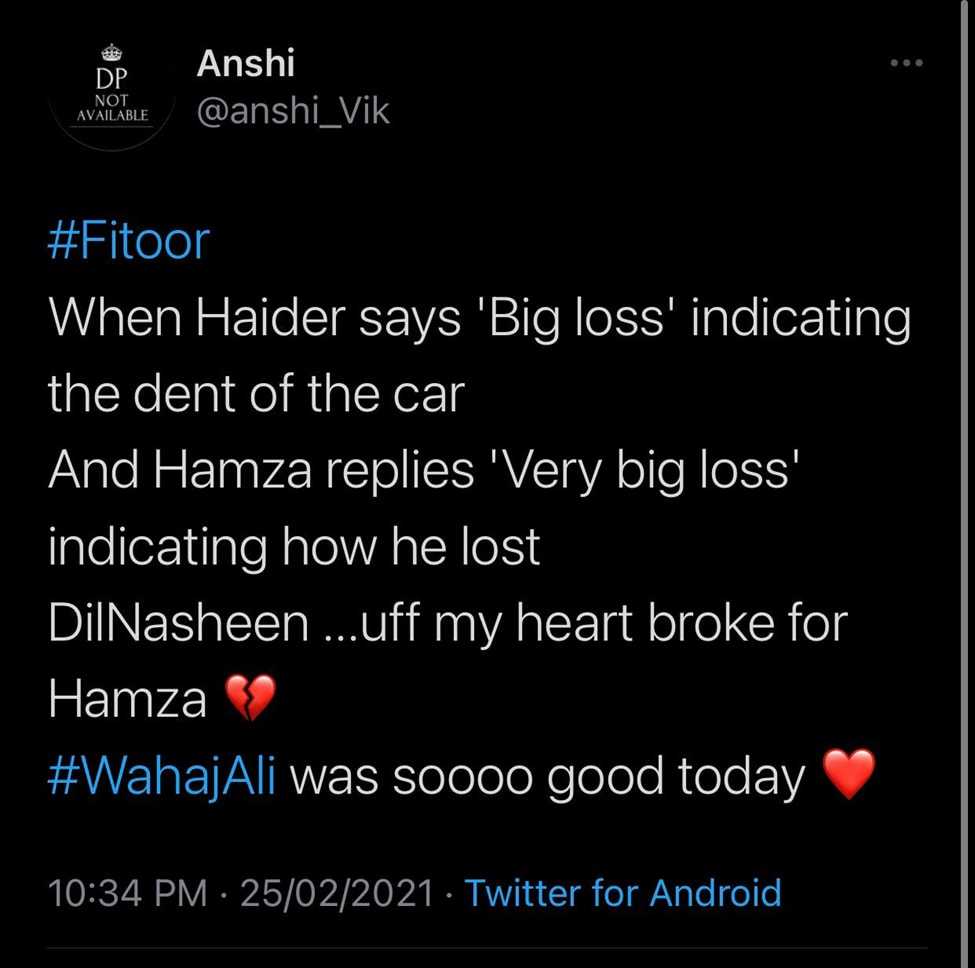 The viewers could literally feel what he was going through, the betrayal he had to face was felt by all through his moving performance. 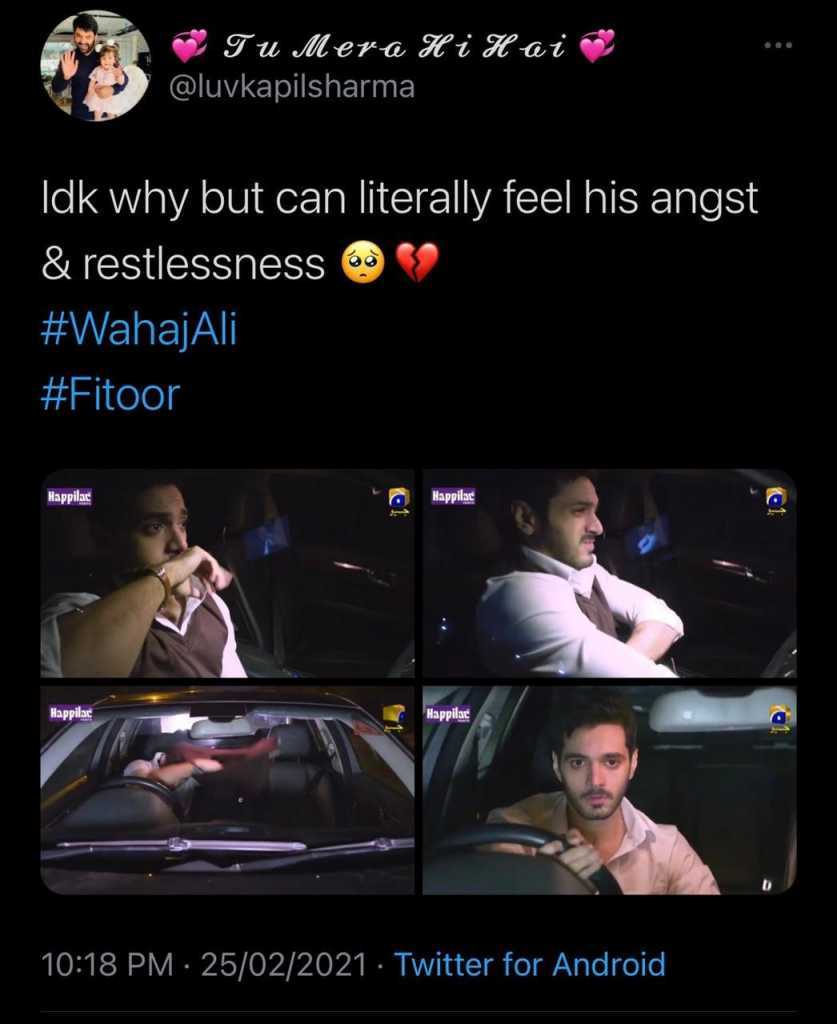 The audience has applauded his performance for being very raw and natural. His believable performance is a huge reason why the audience loves Hamza so much. 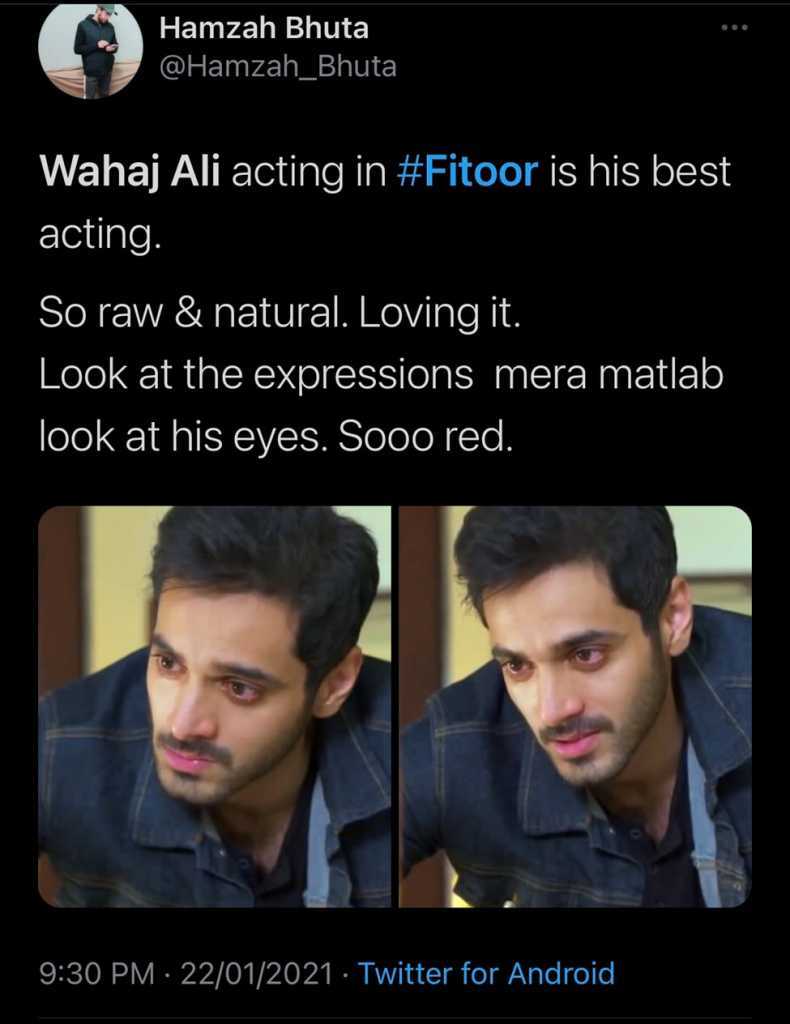 All in all, Wahaj’s strong, moving performance has no doubt won the hearts of many and has us all waiting anxiously to know what Hamza will do now that he has been betrayed by not just his family but also the woman he so dearly loves.