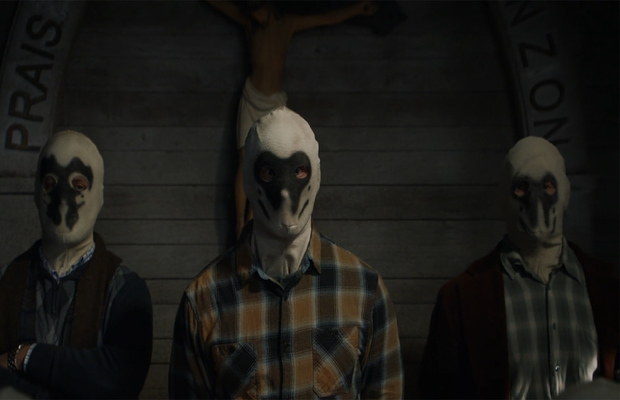 HBO has released the first trailer for Damon Lindelof’s take on The Watchmen universe. Watchmen is a modern-day reimagining of Alan Moore’s groundbreaking graphic novel about masked vigilantes.

HBO is gearing for another blockbuster series, an adaptation of Alan Moore’s classic cult graphic novel for the modern era.

It seems like the network has set its game plan to get the high ratings as its blockbuster series Game of Thrones is nearing towards its wrap-up.

Watchmen is not going to be the direct adaptation, as Moore’s 1986 work focuses on vigilantes in the alternate United States operating during the Cold War and which is widely regarded as one of the most important comic books of all time.

Lindelof has created something which springboards from within Moore’s created world. by using the central character Rorschach, a whole new era has been set up which includes references to modern times.

When the show was in the early phase of development, Damon Lindelof shared on social media that, “We have no desire to ‘adapt’ the twelve issues Mr. Moore and Mr. Gibbons created thirty years ago. Those issues are sacred ground and they will not be retread nor recreated nor reproduced nor rebooted”.

Lindelof has also explained that while some characters will be familiar, others will be new and the show will be “contemporary” offering a “fresh lens” on old material.

No premiere date has been announced yet.

tweet
Share on FacebookShare on TwitterShare on PinterestShare on Reddit
Saman SiddiquiMay 9, 2019
the authorSaman Siddiqui
Saman Siddiqui, A freelance journalist with a Master’s Degree in Mass Communication and MS in Peace and Conflict Studies. Associated with the media industry since 2006. Experience in various capacities including Program Host, Researcher, News Producer, Documentary Making, Voice Over, Content Writing Copy Editing, and Blogging, and currently associated with OyeYeah since 2018, working as an Editor.
All posts bySaman Siddiqui