Trollers gonna troll whatever they find! 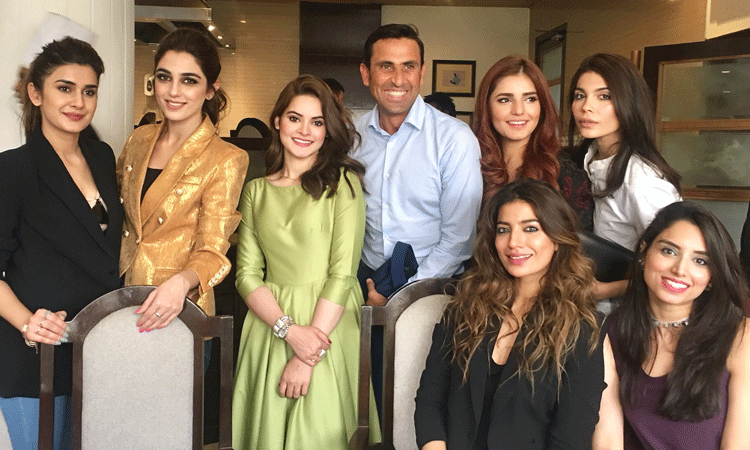 Social media trolls think they can troll just about anyone and get away with it. Also there has to be no apparent reason for something to go viral and be trolled for the sake of it. The recent addition to the list of viral trolls, happens to be the much loved batsman Younis Khan, who has been captured amongst the beauties of the cinema/television industry and is now being trolled for being therein.

Well the story is goes like this, at the press unveiling ceremony of the FIFA World Cup trophy in Lahore this Saturday, the former cricketer Younis Khan was snapped posing with our entertainment industry’s finest and most gorgeous actresses. Younis khan looked happy standing amidst those beautiful ladies as he himself is a happy go lucky guy. However this picture is getting trolled on Twitter in the most hilarious of  way.

Younis Khan: Every Medical College
The guy at the right corner: Engineers 🤓🤓🤓 pic.twitter.com/Yqg5KWMtQI

The goal for this year is to be as happy as @iam_younis is in this picture. https://t.co/VfeCxOYur1

Seems like Twitterati is having all the fun they can at the expense of the harmless cricketer who happened to be a storm on the field. Nonetheless, we’re loving Younis’s shyness that shines bright as a crystal in the images. Here’s to our favorite batsman and his scoring much later after he retired from the field!

tweet
Share on FacebookShare on TwitterShare on PinterestShare on Reddit
Rameeza NasimFebruary 5, 2018
the authorRameeza Nasim
Rameeza Nasim, a Paralian, passionate about poetry, drama and fiction. By giving drama critiques I feel like I am endorsing the writer's message to the audiences, I love my job. Being a critic responsibility lies on my shoulders to point out the flaws and shortcomings of the play be it on writer's , performers or director's end . I did my Masters in English Literature and Linguistics .
All posts byRameeza Nasim