Years after the release of the original film, the much anticipated Snyder Cut of “Justice League” will premiere on HBO Max on March 18. 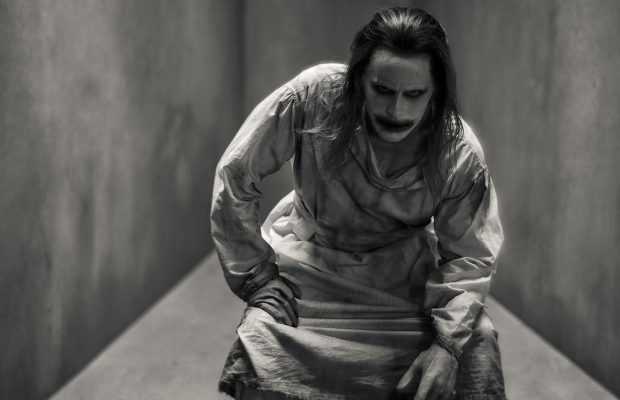 Ahead of the much anticipated  Snyder Cut of “Justice League” premiere, Zack Snyder has shared the first look of actor Jared Leto’s Joker.

Jared Leto, the Academy Award winner has previously played the iconic Batman villain in Suicide Squad, with much of his performance being left on the cutting room floor.

His character has been redrawn for the upcoming director’s cut of Justice League.

Zack Snyder has left the project before its completion because of a family tragedy, and disagreements with the studio.

In a recent interview, Synder said that when he was brought back to complete his vision, the only element he wanted to add was the Joker.

Exclusive look at the Joker from @VanityFair:https://t.co/zHH1ydRcfn

The two exclusively shared images of the villain being quoted as more of a waking nightmare than the tattooed crime-lord Leto played ever before, however, the inception of Joker has sparked a new debate on social media.

He looks sooo much better w/out all those stupid [email protected]$$ tats covering his face/body. Why David Ayer thought it was a great idea is beyond me.

Guessing Leto would rather not cut his hair for a reshoot. Since it’s a nightmare though, it works! He’s got a #ChopTop TCM feel going. pic.twitter.com/lTcuQkWHJy

Clowns are generally thought of as colourful characters full of mirth & delight but the upcoming "Zack Snyder's Justice League" portrays clowns in a, shall we say somewhat DIFFERENT light. "The Joker" in this film is no laughing matter. And this circus is definitely NOT for kids pic.twitter.com/bVOb5ARK7Y

Let me get this straight, everyone’s getting hyped because we’re going to be seeing more of a poorly characterised joker?

From a director who gave us three of the objectively worse DC films in recent memory?
Remind me again why people are excited by this I’m genuinely confused

With director Joss Whedon filling in for Snyder, a theatrical version of Justice League was released in 2017.

And years after the release of the original film, the much anticipated Snyder Cut of “Justice League” will premiere on HBO Max on March 18.

And for the first time ever, DC Comics’ greatest heroes including Superman (Henry Cavill), Batman (Ben Affleck), Wonder Woman (Gal Gadot), Aquaman (Jason Momoa), The Flash (Ezra Miller), and Cyborg (Ray Fisher), will be seen together on the TV screen in the long-rumored director’s cut.

tweet
Share on FacebookShare on TwitterShare on PinterestShare on Reddit
Saman SiddiquiFebruary 11, 2021
the authorSaman Siddiqui
Saman Siddiqui, A freelance journalist with a Master’s Degree in Mass Communication and MS in Peace and Conflict Studies. Associated with the media industry since 2006. Experience in various capacities including Program Host, Researcher, News Producer, Documentary Making, Voice Over, Content Writing Copy Editing, and Blogging, and currently associated with OyeYeah since 2018, working as an Editor.
All posts bySaman Siddiqui