For those who haven't watched it yet, it's nothing like the theatrical version at all. 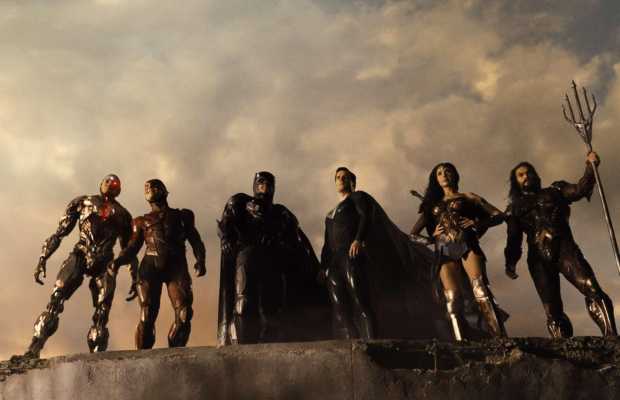 Fans who were eagerly looking forward to watching Zack Snyder’s Justice League flock to social media to share their views as soon as the film made its premiere,

Years after the release of the original film, the much anticipated Snyder Cut of “Justice League” made its debut on HBO Max on March 18.

Prior to the film’s official release, multiple teasers and information were made public about the new film rendition and that left the DC fans already excited.

However, the latest version of the four-hour cut of the superhero spectacle received an overwhelming response from the DC fans.

For those who haven’t watched it yet, it’s nothing like the theatrical version at all.

The new extended cut is a re-edited version including original footage, new material, and upgraded CGI, truly reshaping the plot and characters.

Its opening credits unfold across 10 minutes, over a flashback sequence of the Man of Steel’s death from Batman v Superman: Dawn of Justice.

And DC fans would agree that the Batman suits well, almost two hours into the film.

Zack Snyder brings the extended film cut who had left the project before its completion because of a family tragedy, and disagreements with the studio.

The long-awaited film is dedicated to Snyder and his partner and producer Deborah Snyder’s late daughter Autumn.

Have a look at some of the best fan reactions to #TheSnyderCut of Justice League.

#TheSnyderCut is loaded with scenes people haven't seen & are going to love. It is such a better movie than the theatrical cut of #JusticeLeague. Night and day difference. Saying that have no idea how this version could have ever been released in theaters. Perfect for @hbomax. pic.twitter.com/Fnamv6GcKj

JUSTICE LEAGUE went from being one of the worst comic-book films in recent memory to being one of the finest thanks to Zack Snyder’s restored vision. Epic, grandiose, heartfelt and with plenty of humor, #ZackSnydersJusticeLeague is simply one of the best DC movies ever made. pic.twitter.com/bN7mfCaVNN

Sometimes, a movie is so hyped it can't live up to the myth by time it's in your hands. The Snyder Cut of Justice League flew above my expectations, expanding the vision for the DCEU that MoS and BvS kicked off. It's on the same level as when Avengers 1 hit theaters.

Enjoyed #TheSnyderCut immensely. It provides lots more clarity & cohesion to these beloved heroes and their struggle, rooting the action in intense stakes. Restoring the backstories does a world of good to everyone, but especially Ray Fisher. #JusticeLeagueSnyderCut pic.twitter.com/fbjyzvxAp6

What a long, painful, epic journey to this day, my friend. But you did it. So happy your vision is finally being shared with the world, @ZackSnyder . Can't wait to see… #ZackSnydersJusticeLeague

nothing but love and respect for MY justice league #ZackSnydersJusticeLeague #SnyderCut pic.twitter.com/jnXZgXi58s

One hour into #JusticeLeagueSnyderCut and it is already 1000 times better than that disaster in 2017. There is an actual story and a real vision. Review tomorrow.