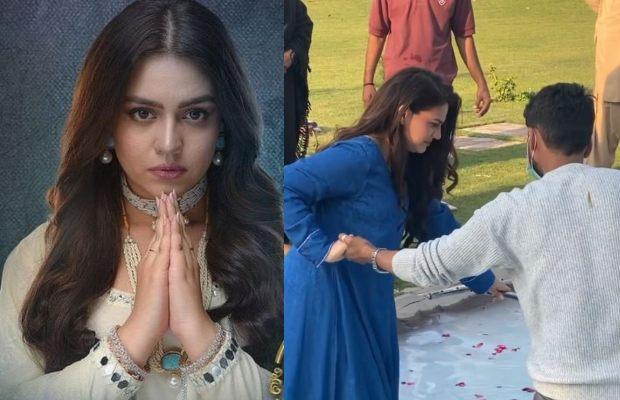 It is quite unfortunate that Pakistani drama audiences can’t figure out the difference between reality and fiction when it comes to drama or film.

It was the other day when social media saw some criticism towards the actress and drama series for showing a milk bath ritual.

“This wasn’t milk we slid in – just some water and artificial colour.  P.S – THIS IS A FICTIONAL STORY WITH FICTIONAL SITUATIONS, with SOME relevance to reality,” Zara Noor Abbas Siddiqui wrote.

The story plot revolves around royal sibling rivalries and a battle over the throne of the fictional village of Pirapur.