Drama promises a unique and intriguing storyline that will keep the audience hooked to it throughout. 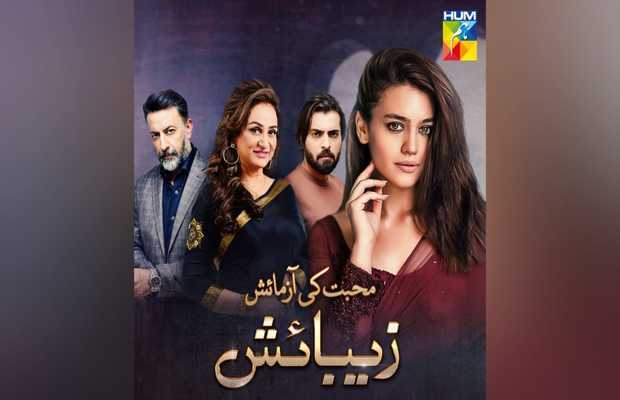 Produced under the banner of Momina Duraid Productions, drama serial Zebaish has taken social media by storm since the release of its first teaser, and audiences have been waiting eagerly for the serial to go on air.

Zebaish is a dark thriller that depicts the complexities of human nature and sheds light on their insecurities and selfishness.

The drama also highlights the challenges and costs of being successful and how one’s success threatens the egos of people close to that person.

Written by veteran actor/writer Bushra Ansari and directed by Iqbal Hussain, Zebaish promises a unique and intriguing storyline that will keep the audience hooked to it throughout.

This highly anticipated drama is set to go on air on HUM TV from Friday, June 12, 2020.