The film is said to release this year in December 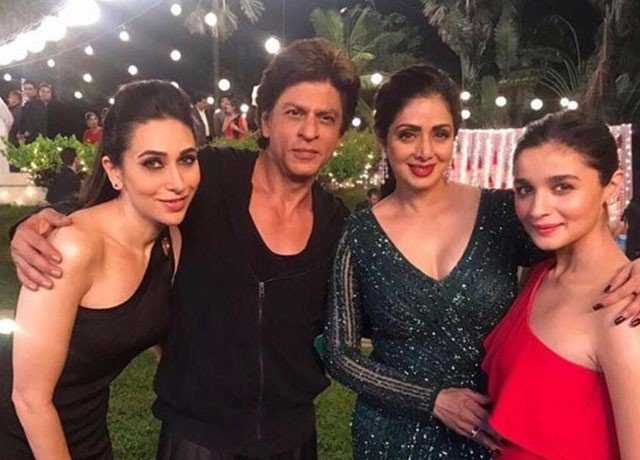 It is being reported that Shah Rukh Khan’s upcoming movie Zero will be Sridevi’s last film. Sridevi will have a cameo in the Shah Rukh Khan starrer where she’ll be seen playing herself.

Shooting for her particular scene was completed last year in October, which is said to be a film party scene attended by Sridevi. It is also being reported that Sridevi’s last work of her life will be her appearance sharing the screen space with Karisma Kapoor, Alia Bhatt and Shah Rukh Khan.

Read More : Sridevi will now be remembered for her commendable work!

As now Sridevi is no more, this film Zero will be much awaited for SriDevi’s final appearance more than the film and its leading star cast itself. This film is reported to get released in December this year.

The sudden death of super star actress Sridevi has left her fans mourning all across the globe with her remarkable films left behind. Her glorious and illustrated films are a proof of it.

tweet
Share on FacebookShare on TwitterShare on PinterestShare on Reddit
Saman SiddiquiFebruary 27, 2018
the authorSaman Siddiqui
Saman Siddiqui, A freelance journalist with a Master’s Degree in Mass Communication and MS in Peace and Conflict Studies. Associated with the media industry since 2006. Experience in various capacities including Program Host, Researcher, News Producer, Documentary Making, Voice Over, Content Writing Copy Editing, and Blogging, and currently associated with OyeYeah since 2018, working as an Editor.
All posts bySaman Siddiqui