It will be released on Amazon Prime on 8th March 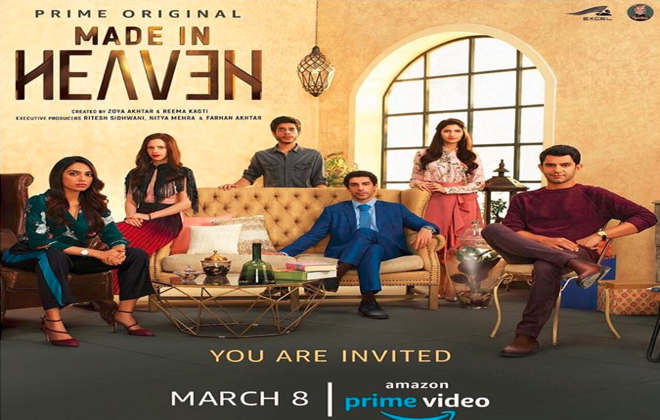 Director-producer Zoya Akhtar, who awaits for the release of her Bollywood film ‘Gully Boy’, has shared the first look of a web series on her Instagram on Thursday.

The series titled ‘Made in Heaven’, is co-created by Reena Kagti and it will be released on Amazon Prime on 8th March.

Zoya Akhtar while sharing the first look, captioned her post, “Marriages are made in Heaven. *Conditions apply.”
https://www.instagram.com/p/BsuVpf0npnd/

The poster features the star cast Sobhita Dhulipala, Kalki Koechlin and Shivani Raghuvanshi as female leads while Jim Sarbh, Shashank Arora and Arjun Mathur will play the male leads in the series.

As being reported the series will revolve around two wedding planners Tara and Karan, who are based in Delhi. It will take audiences through one grand wedding season, and the many lies and secrets that are gradually revealed.