Nadia Khan will bring to life, the plight of hundreds of women across the country 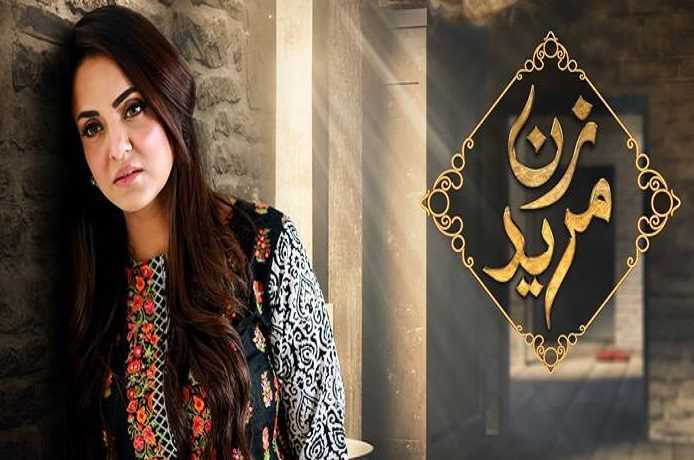 One of the major disturbing issues prevailing in our society has to be domestic violence. But what is more disturbing is the fact that these issues are usually silenced, sometimes by the victim itself or at times by the society. Also most often than not, domestic violence doesn’t even go into the count. Its ignored, by the perpetrator and by the sufferers themselves.

And amidst a society like this, it takes a lot of heart to actually target an issue of such severity. Therefore hats of to Hum TV and Moomal Entertainment for having come up with such a sensitive subject. Also kudos to Nadia Khan and Omair Rana for having forayed into such controversial characters, considering their roles and the drama can subject them to a lot of criticism for the fanatics/fundamentalists in the society.

Teasers of the drama have started doing rounds on the channel and from what it appears, Zun Mureed will be a drama that will shake the foundations of this society. Basically focused on the women’s protection bill, the drama will seek to create factual awareness through a fictional story. However, with hundreds and hundreds of cases of domestic abuse occurring in Pakistan, a large percentage of women will be able to connect with the story and feel the pain.

Nadia Khan in her intense character seems like an apt choice for the drama. The woman knows how to handle subjects with maturity and she will certainly be successful in doing what she has set out to do. Written by Amna Mufti and directed by Ahmed Kamran, Zun Mureed is all set to go on air on Hum TV from the 2nd of March.

We’re excited for the play to begin ASAP. So stay tuned to Oye Yeah and read our review of the play very soon!

tweet
Share on FacebookShare on TwitterShare on PinterestShare on Reddit
Rameeza NasimMarch 1, 2018
the authorRameeza Nasim
Rameeza Nasim, a Paralian, passionate about poetry, drama and fiction. By giving drama critiques I feel like I am endorsing the writer's message to the audiences, I love my job. Being a critic responsibility lies on my shoulders to point out the flaws and shortcomings of the play be it on writer's , performers or director's end . I did my Masters in English Literature and Linguistics .
All posts byRameeza Nasim