MOL Group congratulates the Pakistani women that have time and again made us proud at international level. 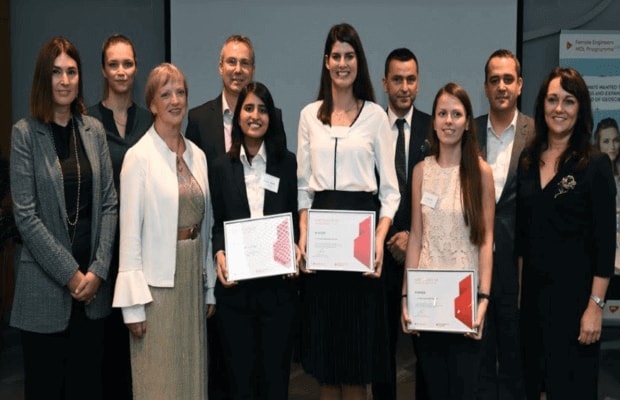 Pakistan’s Misbah Hamid along with two other international engineers declared the winner at the grand finale of ‘Female Engineers MOL Program 2019’ which recently concluded in Budapest, Hungary.

The program is solely designed for the female students that are undergraduate degrees in the fields of Geoscience, Petroleum Engineering, Chemistry, Petchem and other fields of STEM (Science, Technology, Engineering, and Mathematics) studies. The basic aim of the program is to inspire and help female students to become future leaders in the oil & gas sector. The program which is run by MOL Group, a Hungarian oil & gas group enables all the countries under its umbrella of business to participate. 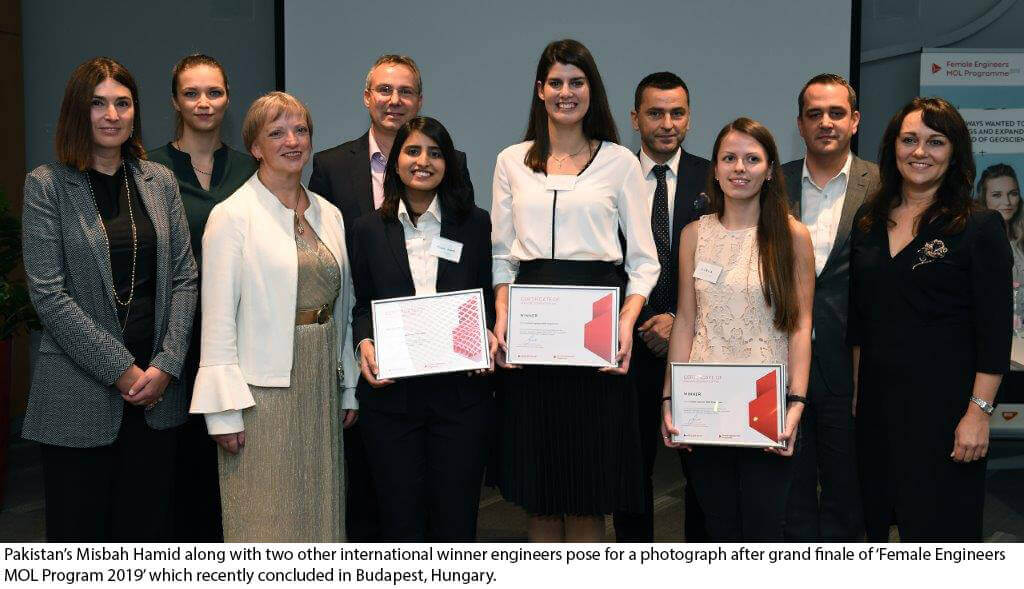 After the pre-selection in which almost 120 applicants competed to enter the final, the best 11 candidates had 24 hours to solve a current MOL business challenge, present it to the jury and give individual presentations on the topic of Gender Diversity.

It is pertinent to mention here that this was a third in-a-row competition arranged by the group and Pakistani female engineers have topped each competition since its inception. Prior to Misbah Hamid, Sarah Mujahid and Manhal Mumtaz’s first two competitions.

This year, after going through rigorous and predefined selection criteria, shortlisted female engineers were invited for the live final in Budapest. Top three engineers including Misbah Hamid, Iva Lončar from Croatia and Lenka Galčíková from Slovakia were acknowledged with scholarships, the opportunity for participating in an international oil & gas conference and possible employment with MOL Group.

MOL Group congratulates the Pakistani women that have time and again made us proud at the international level.