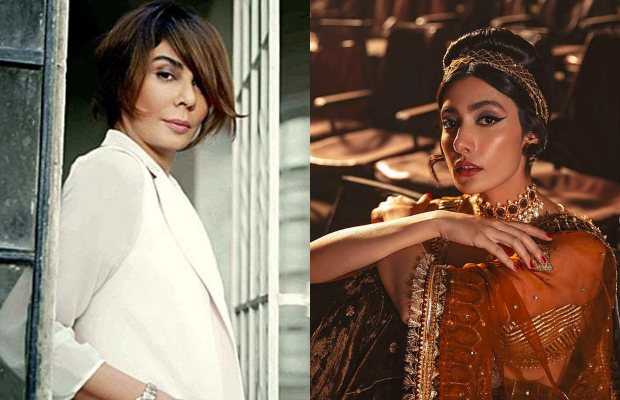 Top stylist Nabila was seen criticising a local makeup artist’s work on social media and received flak over her remarks.

It all started when top model Eman Suleman shared a recent fashion campaign on her’s in an Instagram post which caught stylist Nabila’s attention.

However, the senior stylist was not kind towards young artist’s creativity.

Nabila on Eman Suleman’s post wrote: “Great idea, executed badly especially the Icchra looking hairpiece. When the subject is so beautiful it’s a sin to not up to our game.”

“Nabila, I think it’s a job well done, better than any parlour could have done,” Eman replied.

The argument did not end just here, makeup maestro added more criticism by saying: “In my opinion, the hair finish looks too synthetic and takes away from the regal styling.”

“Obviously we can choose to be reactive or grow from criticism. I prefer the latter,” Nabila added. 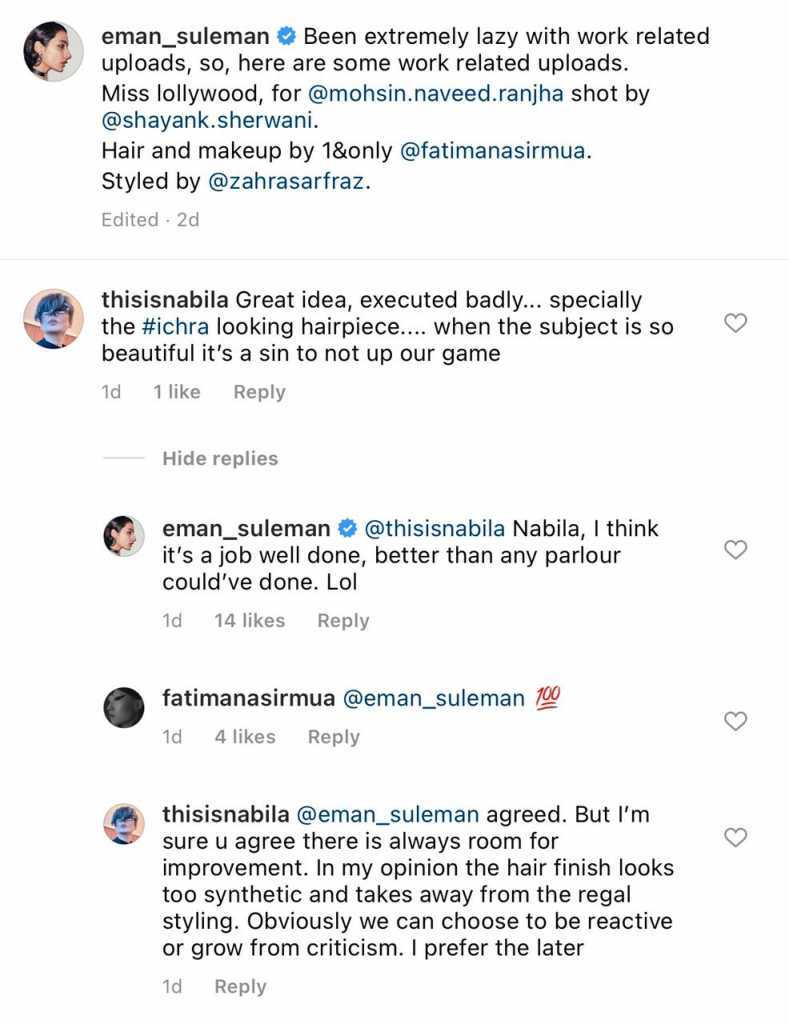 Meanwhile,  during the online spat, the hairstylist, Fatima Nasir made her entry to speak for herself after the criticism over the hairstyle she made.

“Her hair is roughly 4-5 inches long, requires a lot of effort to even fake a hairdo like this, to be honest,” wrote the stylist.

Elaborating her approach, Fatima added, what she thought 9/10 artists would not have been able to achieve what she had with Eman Suleman in the photoshoot.

Nabila replied: “I see you choose to react and defend. All the best.”

Check out the whole conversation in the comments below. 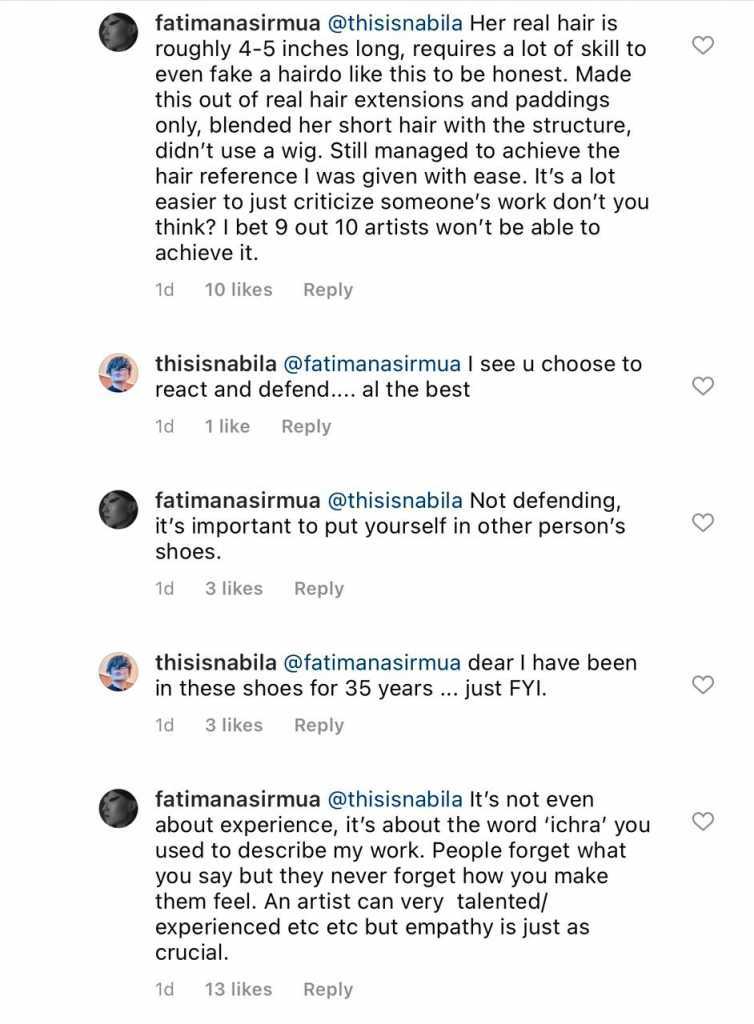 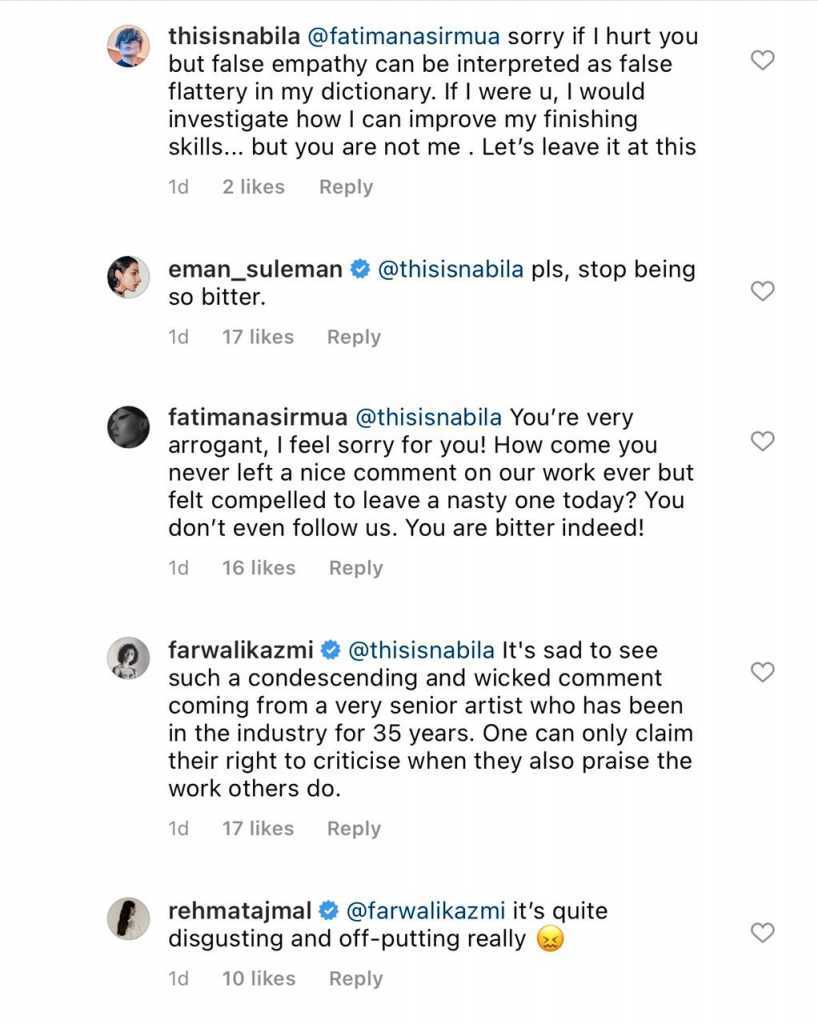 We must say, there could have been a much better approach to guide the juniors in the field, and using a bad choice of the word in a public space was not a decent thing to do. 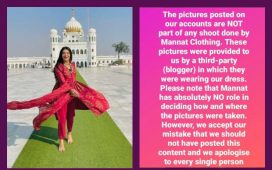 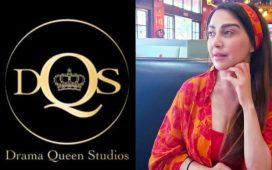 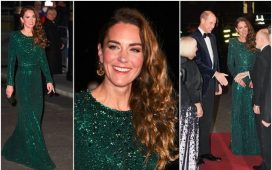 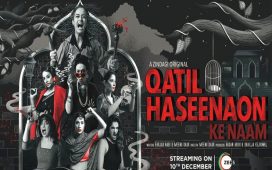 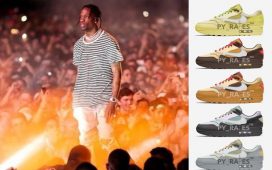 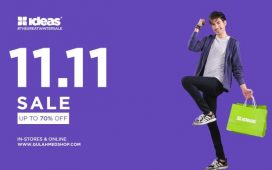