Paramount has not announced a new release date for the film yet. 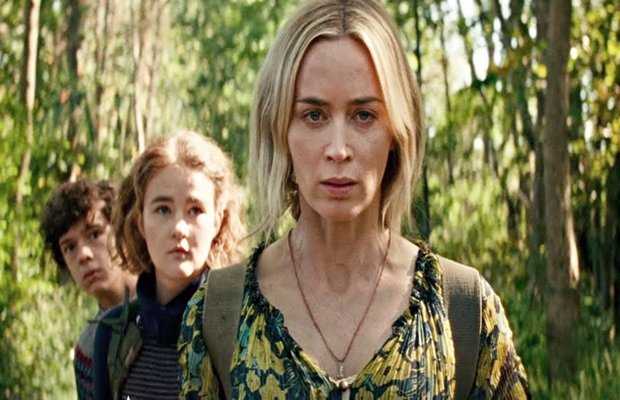 The release of the film “A Quiet Place II”, which follows Blunt’s character as she fights for her family’s survival in total silence, has been delayed amid coronavirus outbreak.

Paramount Pictures, had slated the international release date for the film on March 18, with a U.K. debut scheduled for March 19 and a North American release set for March 20.

And now Paramount has yet to set a new release date.

“After much consideration, and in light of the ongoing and developing situation concerning coronavirus and restrictions on global travel and public gatherings, Paramount Pictures will be moving the worldwide release of ‘A Quiet Place Part II,’” the studio said in a statement Thursday.

“We believe in and support the theatrical experience, and we look forward to bringing this film to audiences this year once we have a better understanding of the impact of this pandemic on the global theatrical marketplace”, the statement further added.

Meanwhile, actor JohnKrasinski also released a statement on social media saying, “One of the things I’m most proud of is that people have said our movie is one you have to see all together. Well due to the ever-changing circumstances of what’s going on in the world around us, now is clearly not the right time to do that. As insanely excited as we are for all of you to see this movie. I’m gonna wait to release the film till we CAN all see it together! So here’s to our group movie date! See you soon!”

Coronavirus is also taking a toll on the entertainment industry. Sony recently moved forward the global release of “Peter Rabbit 2” to August, while the latest James Bond movie “No Time to Die” made headlines when MGM, Universal, and Eon postponed the film’s April release to November.

Meanwhile, Universal Studios has decided to push back the release “Fast & Furious” franchise, film Fast 9 by a year.

tweet
Share on FacebookShare on TwitterShare on PinterestShare on Reddit
Saman SiddiquiMarch 13, 2020
the authorSaman Siddiqui
Saman Siddiqui, A freelance journalist with a Master’s Degree in Mass Communication and MS in Peace and Conflict Studies. Associated with the media industry since 2006. Experience in various capacities including Program Host, Researcher, News Producer, Documentary Making, Voice Over, Content Writing Copy Editing, and Blogging, and currently associated with OyeYeah since 2018, working as an Editor.
All posts bySaman Siddiqui