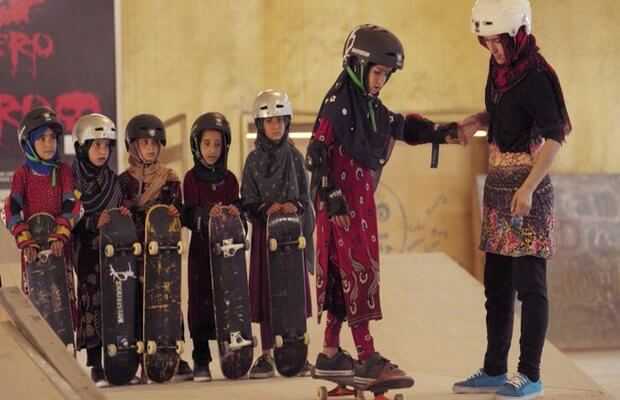 A documentary based on the life of young Afghan girls, Skateistan won a short documentary award at the Oscars on Sunday, sending waves of happiness in the country. Many took to social media to celebrate the historic moment as the director of the film acknowledged brave Afghan girls in her acceptance speech.

“This movie is my love letter to the brave girls of that country,” said Carol Dysinger, director of the documentary as she mentioned the nonprofit organization Skateistan that teaches young girls to skate on-ramp in the patriarchal and war-torn country.

“They teach girls courage to raise your hand, to say I am here, I have something to say, and I´m going to take that ramp — don’t try to stop me!” added Carol.

Afghanistan’s social media too seemed delighted at the country making its debut at the Oscars in some way.

“Congratulations to our brave girls! This is a proud moment for all Afghan GIRLS! They face harsh realities of everyday cruel life in a war zone but keep moving forward!” said journalist Shaista Sadat Lameh.

"I've been working in Afghanistan since 2005 and this movie is my love letter to the brave girls of that country."