Sanjay Dutt will be seen playing the character of the fierce Afghan emperor Ahmed Shah Abdali. 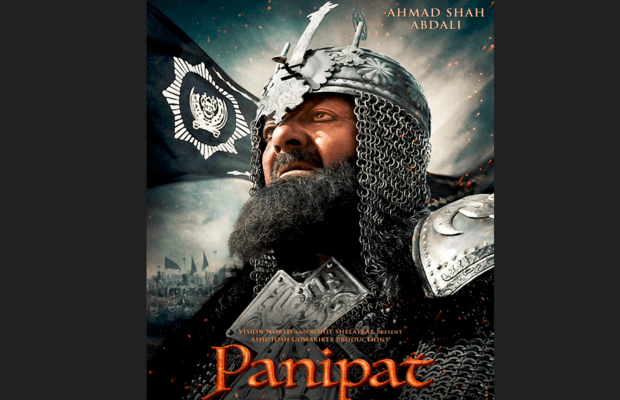 Days after the release of the trailer of Ashutosh Gowariker’s Panipat, it lands into a controversy. The Afghans are not happy with the portray of the historic character of Ahmad Shah Abdali, the Afghan emperor, in the upcoming Bollywood flick.

The film which is based on the Third Battle of Panipat which was fought between Marathas and Ahmad Shah Abdali in 1761, slated for release on December 6.

Sanjay Dutt will be seen playing the character of the fierce Afghan emperor Ahmed Shah Abdali.

According to reports circulating in Indian Media, the Afghanistan embassy concerns over the Ashutosh Gowariker directorial which might misinterpret Abdali’s character.

As Bollywood is best known for distorting facts and characters for the sake of entertainment and commercial value. There are already so many controversial historical films to Bollywood credit.

As being reported, getting concerned over the upcoming Panipat, an Afghan embassy official in India has written to the Ministry of External Affairs and asked to meet Information and Broadcasting Minister Prakash Javadekar.

In the letter, the officials also mentioned that the distorted depiction of Ahmad Shah Abdali might hurt the emotions of Afghans and in turn affect the harmony between India and Afghanistan.

Furthermore, Former Afghanistan ambassador to India Dr. Shaida Abdali also expressed his concern over Ahmad Shah Abdali’s portrayal in the film as he reached out to Sanjay Dutt on social media.

Addressing Sanjay Dutt on Twitter, former Afghan ambassador wrote, “Dear @duttsanjay Ji: Historically, the Indian cinema has been extremely instrumental in strengthening the Indo-Afghan ties – I very much hope that the film “Panipat” has kept that fact in mind while dealing with this important episode of our shared history.”

Dear @duttsanjay Ji: Historically, the Indian cinema has been extremely instrumental in strengthening the Indo-Afghan ties – I very much hope that the film “Panipat” has kept that fact in mind while dealing with this important episode of our shared history! https://t.co/8HKLei2ce1

Other than Sanjay Dutt, Pani Pat also features Arjun Kapoor as Sadashiv Rao Bhau, Kriti Sanon as Parvati. Though after the release of the first trailer Sanjay Dutt is being praised for his new role, controversy looms as the story unfolds.

Back in 2018, Bollywood film Padmaavat sparked controversy for distorting facts and portrayal of Muslim emperor Alauddin Khilji,  the most powerful ruler of the Khalji dynasty that ruled the Delhi Sultanate,