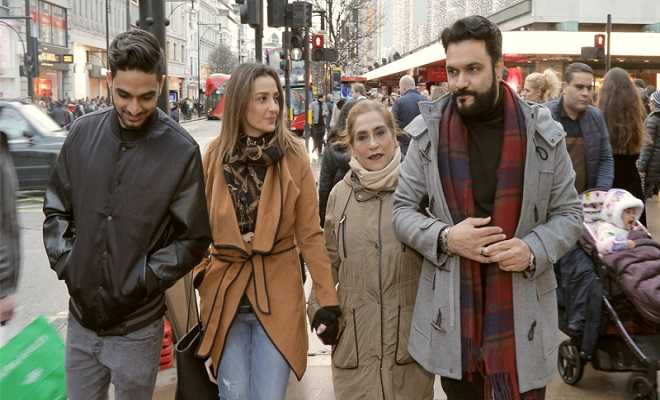 Turn on a Pakistani entertainment channel during prime time hours. The logo of the channel changes, the actors (some) change, the background music changes, the houses change but the stories remain the same. Stories of men gunning for their first, second, third, and fourth marriage…you know the drill.

To break that seemingly rating generated mould someone needed to show a little bit of courage. Seemingly the supremely talented Yasir Akhtar was the one to take this step. With Azaad’s rooted yet different storyline he has given the audiences something diverse.

Azaad is the story of Mehro Malik (Parveen Akbar). A young widow who is forced to leave Pakistan with her two kids, due to her cruel in-laws. Britain becomes her home, but her heart remains in Pakistan. This reflects in how she raises her children Aazer Malik (Yasir Akhtar) and Ayzad Malik (Gagan Chopra). The family is close to their neighbours and form a strong bond with Yasmin Malik (Momal Sheikh). She has struggles of her own as her Pakistani father had left his English mother when she was very young.

All thanks to the struggle of Mehro, Aazer grows up to be a successful businessman and a leading philanthropist. He is an upright individual, is deeply respectful toward her mother, loves his brother and has a special place for Pakistan in his heart. Yasmin is a successful radio jockey and spends a lot of time with the family. However, she is still looking to fill a hole in her life by looking for her long-gone father. Yasmin seems a mature and loving human being.

Ayzad, on the other hand, has the petulance of youth. He is eager to go places and attain a position like his elder brother. He misunderstands Aazer’s guidance as a curtailment on his freedom. This paves way for Dilawar Malik, (Imran Asad Ali) to make an entry. He appears to be a friend, who is looking for a business opportunity. However, there are ulterior motives. Among all this is Mehro, who has worked hard in a foreign country to raise her children and is now facing a situation she is entirely unprepared for.

It’s a story of many British Asian families, who went to the UK looking for a better life. While they lived in the UK, they always remained close to Pakistan. Their values were very much rooted in Pakistani culture. Azaad reflects this beautifully. The director takes us in different directions and then everything adds up at the end. There is money laundering, drugs, kidnapping, murder…a lot is happening. Nonetheless, all came to a close nicely, which means that the director and writer have done their job perfectly.

As for the acting, you expect quality work from Parveen Akbar, Yasir Akhtar and Momal Sheikh and that is what you get here. All of them fit their roles perfectly. Yasir Akhtar is required to be an emotional son, a responsible brother and in some parts a romantic hero. To his credit, he never falls short.

Gagan Chopra as the slightly self-absorbed brother is shaky initially but grows in the role, especially in the final act. Imran Asad Ali as the villain also does an earnest job. His voice sounds a bit like Shahrukh Khan and he does the whole “Dar act”. It works for the character.

The cinematography is noteworthy. You get to see the urban side of London and some lush green fields from Northern England. It does add to the glamour of it. Moreover, when required, the camera angles chosen to showcase some of the darker scenes add a great deal of value. And to bring it all home and give it that extra bit, the song track Saiyaan is such a beautiful number.

So what are Dilawar’s motives? Will Yasmin find her father? What’s the relationship between Yasmin and Aazer? Will Ayzad pay for his impatience? How will Mehro take all this?

Even if you have missed the TV Premier, you can watch Azaad on Youtube to find out. 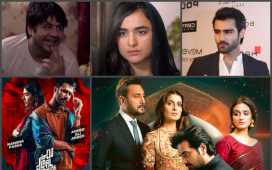 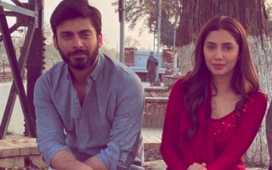 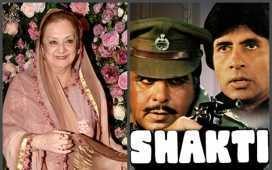 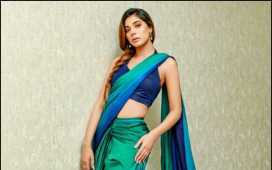 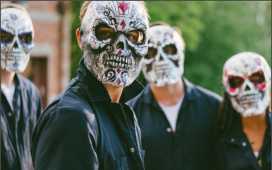