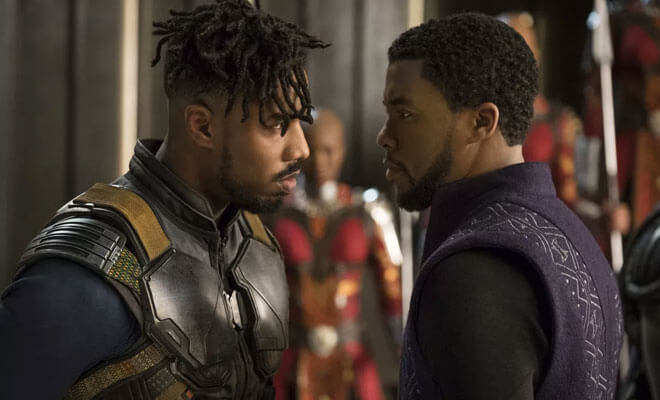 ‘Black Panther’ took the top award at Sunday’s 25th Screen Actors Guild Awards, giving Ryan Coogler’s superhero sensation its most significant honor yet and potentially setting it up for more wins at the Academy Awards.

‘Well, I’ll be’, said Chadwick Boseman, accepting the award for best ensemble in a motion picture. “To be young gifted and black.”

It was the only award ‘Black Panther’ was nominated for beside best ensemble of stunt performers, which it also won.

Glenn Close, who memorably triumphed at the Golden Globes, won best actress, possibly making her up as the Oscar frontrunner. The 71-year-old Close has frequently been nominated but never won an Academy Award.

“One of the most powerful things we have as human beings are two eyes looking into two eyes,” said Close. “Film is the only art form that allows us the close-up.”

Rami Malek won best actor for his Freddie Mercury, Emily Blunt was the upset winner for her supporting role in the horror thriller ‘A Quiet Place’ and ‘The Marvelous Mrs. Maisel’ swept comedy series honors at the 25th Screen Actors Guild Awards on Sunday.

Malek dedicated the award for his performance in ‘Bohemian Rhapsody’ to Mercury, as he did at the Golden Globes. With the win over Christian Bale (‘Vice’) and Bradley Cooper (‘A Star Is Born’), Malek seemingly sealed the best-actor Oscar many are predicting for him.

“I get some power from him that’s about stepping up and living your best life, being exactly who you want to be and accomplishing everything you so desire,” said Malek.

Blunt’s win was a shocker, particularly for the actress, herself. Blunt, also nominated by the guild for her lead performance in ‘Mary Poppins Returns’, was visibly surprised. She wasn’t among Tuesday’s Oscars nominees for either film.

“Guys. That truly has blown my slicked hair back,” said Blunt, who praised her husband and ‘A Quiet Place’ director John Krasinski as a “stunning filmmaker”. ”Thank you for giving me the part. You would have been in major trouble if you hadn’t.”