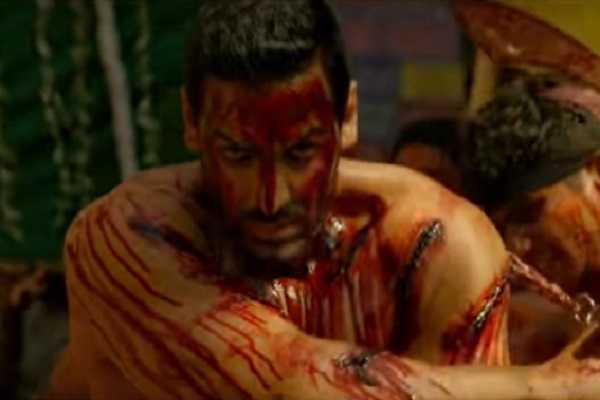 Its high time to state the truth, the Indian film industry has run out of good music directors and song composers who can give them originals. Continuing the tradition of ruining Pakistani numbers (read absolute destruction of Halka Halka Suroor feat Aishwarya Rai and Rajkumar Rao), this time Bollywood has taken and blatantly destroyed the iconic qawwali by the Sabri Brothers Tajdar-e-Haram.

The qawwali, conveniently turned into a song features John Abraham in the male lead, while he goes on about smashing goons with heavy punches amidst a Shia procession in Muharamm. Satyameva Jayate is an action thriller, directed by Milap Zaveri and is scheduled to release on 15th August.

Sung by Wajid and composed by the duo Sajid Wajid, Tajdar E Haram for Satyameva Jayate has been absolutely distorted, so much so that you abhor the rendition right there. Atif Aslam had recreated the same qawwali for a season of Coke Studio two years back and the rendition had turned out amazing. Maybe, its time Bollywood thinks about some original tunes and leaves Pakistani songs alone.