The typical Kashyap mastery is very much visible 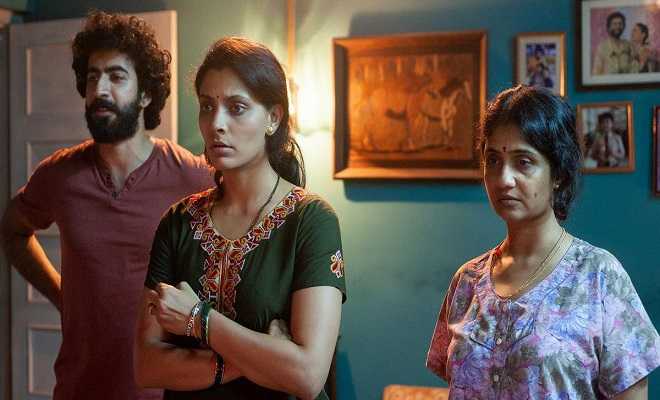 Watching an Anurag Kashyap film can be a little bit like trying to solve a puzzle. Did I miss a clue there? What is the significance of that object in the scene? Does this dialogue have a larger significance? When you watch Choked, you will find yourself asking these questions. By the end of it, most of these queries will be answered. Punchy dialogue, gritty and rooted characters, life-altering situations, a little bit of political commentary and emotional drama; this is entertainment Kashyup style. The thrill is in the form rather than the story.

The movie revolves around a middle-class couple. Sarita (Saiyami Kher) works as a cashier at a bank and takes care of everything at home. Sushant (Roshan Mathew) is a jobless man-child, unwilling to contribute to the household in any way. The marriage is on the verge of collapse.

But it wasn’t this way before. The couple were deeply in love. Sushant, a musician backed Sarita a budding singer. However, on their big day at a reality music show, Sarita chokes on stage and her singing career is over. And with it the aspirations of a better life. That until the day, Sarita’s kitchen sink starts throwing up waddles of cash packed in waterproof bags. Where is the money coming from? A corrupt neta and his team have rented the upstairs flat and saving up black money in the pipes. Due to a plumbing jugar, Sarita’s has a found a lifeline. Until Mr Modi did what his fans like to call a sudden move…demonetization.

The film builds up beautifully and by the end leaves you feeling meh. Karsh Kale with his background music is trying to sell a sense of thrill, which clearly isn’t there. The tension in many scenes is clearly lacking to merit such jazz styled fast-paced score. It gets really distracting or even amusing at times.

The metaphors, however, are brilliant. Decisions made by top floor folks even in absence chokes the life of the people below them. Sarita’s stage fright aka choke is the obvious connection with the economy choking. A disco ball and neon light from the fridge are used incredibly to connect the old to the new. Plus we are also told why Sarita is happy to take part in some dubious schemes to make money and where Sushant’s lack of motivation comes from. As usual with any Kashyap film, there are some punchy dialogues, pointed primarily at the originator of demonetization and his bhakts. The film also takes a dig at “Whatsapp University” as well.

Saiyami Kher’s Sarita is closed off entirely to her husband, to her son and to the audience. It does add to the intrigue. It is understandable that she is unwilling to give away anything. Whereas Roshan Mathew is a bit puzzling. There is a gullible Bhakt in him, who can believe whatever story he is being told. Otherwise, he is a fairly intelligent albeit lazy individual.

Choked…Paisa Bolta Hai is a film that needs your full attention. Unless you are willing to invest entirely, the film, especially the second half might seem a bit dragged. Perhaps the writer and director have Nihit Bhave have kept the actual screenplay simple so we can focus on the finer details. If that was the plan, it certainly worked. 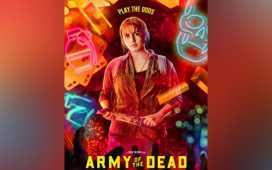