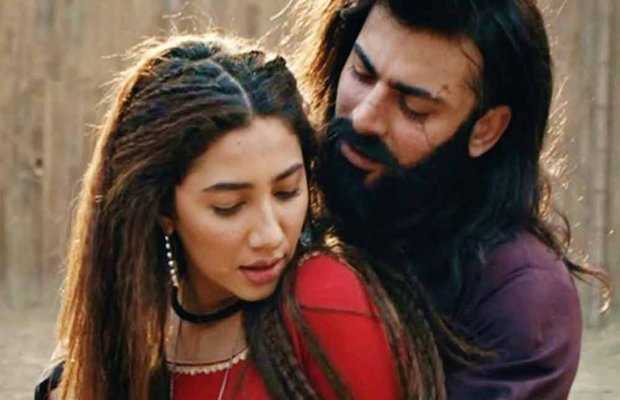 The most anticipated movie of the year The Legend of Maula Jatt will finally be releasing on Eidul Fitr, producer Ammara Hikmat confirmed in an Instagram post.

‘Answer to the question I have been asked more than the meals I have had since I was born! In cinemas, this Eid Ul Fitr (Pakka), ‘ Hikmat wrote on Instagram along with an image which unveiled the final release date of the movie.

Earlier,  Hikmat had hinted in an insta post that the film’s release date will be announced soon.

Fawad Khan who essays a key role in the film also posted a picture from the shoot on Instagram and made the Eid-ul-Fitr announcement official:

“This was the day all the blood, sweat and tears began. It was my first day of the shoot. Thought we’d share this with you as the adventure begins this Eid-Ul-Fitr,” Khan said on Instagram.

The film, which is a reboot of 1979 cult classic Maula Jatt, is touted to be Pakistan’s most expensive production to date.

The release of the movie kept postponing for two years now because Sarwar Bhatti, the maker of the original movie had filed a copy right case against it.

Well, things have now settled down between director Bilal Lashari and Sarwat Bhatti and the matter has been resolved last week.

Now when the film’s release date has finally been announced, we just can’t hold our excitement and are eagerly awaiting to witness the epic rivalry of Maula Jatt and Noori Nath on silver screens this Eid.

The Legend of Maula Jatt will also become the first film from Pakistan which will release in China the same day as its domestic release.