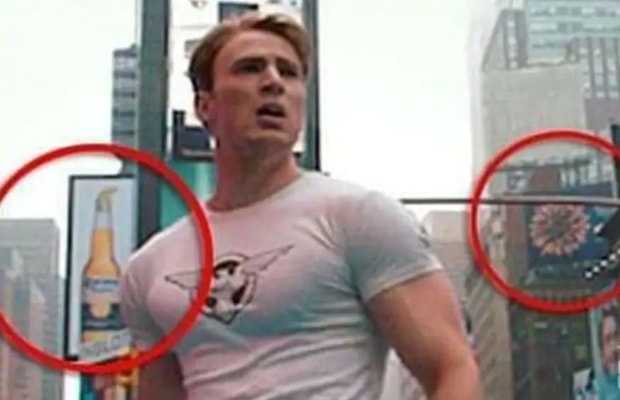 Coronavirus conspiracy theories are far too many and as of lately we have all been sent messages and pictures claiming that the whole pandemic is a hoax. Interestingly, the theories aren’t limited to our local masses and similar stuff is being said in the US as well.

An American recently took to Twitter and revealed that his friend – a believer in the theories – had sent him a screenshot of a scene of Captain America: The First Avenger and it looks like the movie predicted Coronavirus pandemic way back in 2011.

“A friend who’s fully into the [COVID-19] conspiracies sent me this post that says Captain America predicted the coronavirus outbreak in 2011, and while it’s obviously [expletive], I started fixating on that circled image on the right,” tweeted film critic and writer William Mullally.

The scene showed Captain America at Times Square and just behind him on one hand there’s a billboard of Corona beer and on the other one can see a spike symbol which is pretty close to the virus’s illustration used now.

Finding the image both familiar and spooky, Mullally began his quest of finding the truth.

“It looks so familiar. What is it? I began to investigate,” he wrote while adding that from books to broadway to Google to YouTube he went through every lead on the same timeline as the scene was shot but to no avail.

He also took a friend’s help who further zoomed in the image and elevated his curiosity. And finally, he found the answer…

“We recognized the logo and the color scheme. We cracked the case. It’s spaghetti,” tweeted Mullally as he killed the curiosity.