‘Downton Abbey’ film trailer reveals the King and Queen are coming to Downton!

The film is slated for released in the UK on 13 September and in the US on 20 September. 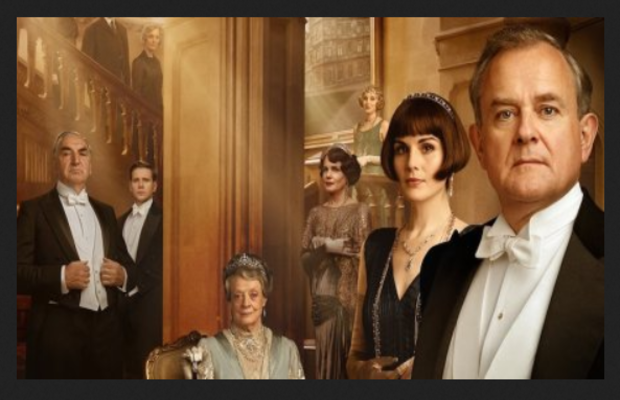 As it was being speculated from recent teasers of the upcoming film that some huge festive preparations were going on at the estate of Downton and its finally been revealed in the newly released trailer.

The trailer gives a glimpse of the Crawley family and their army of servants preparing for the unexpected visit, which prompts Michelle Dockery’s Lady Mary to ask retired head butler, Carson (Jim Carter), to return to the estate.

Have a look at the Crawleys preparing for a visit from the King and Queen in the first trailer of the film; It’s going to be a tense drama for sure as trailer predicts layers of stories interwoven in the Royals’ visit.

The King and Queen are coming to Downton! Watch the new trailer now for #DowntonAbbeyFilm, only in theaters this September. @FocusFeatures pic.twitter.com/KibUxi56AP

It will also feature new addition of cast members that include Imelda Staunton and Tuppence Middleton. Bonneville unveiled a look at the cast in a tweet on Monday.

“Mrs Patmore, please prepare some of those corns that go pop. I believe Mrs Levinson left a bag of them in the Blue Room on her last visit.” #DowntonAbbeyFilm pic.twitter.com/3PSnGqxcFu

It will take you back in 20th century, in which the original series was set. The film is slated for released in the UK on 13th September and in the US on 20th September.

tweet
Share on FacebookShare on TwitterShare on PinterestShare on Reddit
Saman SiddiquiMay 21, 2019
the authorSaman Siddiqui
Saman Siddiqui, A freelance journalist with a Master’s Degree in Mass Communication and MS in Peace and Conflict Studies. Associated with the media industry since 2006. Experience in various capacities including Program Host, Researcher, News Producer, Documentary Making, Voice Over, Content Writing Copy Editing, and Blogging, and currently associated with OyeYeah since 2018, working as an Editor.
All posts bySaman Siddiqui