Glass new trailer, “A lot of people are going to die”! 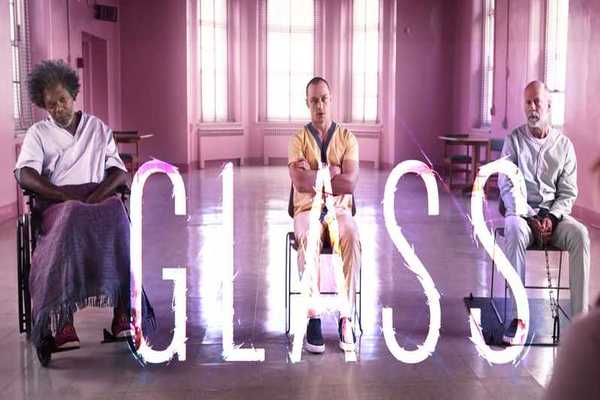 If you are a horror-thriller film fan, then this news piece is specially for you. The new trailer of the much M. Night Shaymalan‘s much anticipated film The Glass is recently out. The trailer gives a glimpse at the story line of the film in making for almost two decades.

In this film, M. Night Shyamalan brings together the narratives of two of his standout originals. The 2000’s film Unbreakable, from Touchstone and 2016’s film Split, from Universal. All together in one explosive, all-new comic-book thriller: Glass.

From ‘Unbreakable’, Bruce Willis returns as David Dunn and Samuel L. Jackson as Elijah Price, known also by his pseudonym Mr. Glass. Joining in from ‘Split’, James McAvoy is reprising his role as Kevin Wendell Crumb and the multiple identities who reside within. And Anya Taylor-Joy as Casey Cooke, the only captive to survive an encounter with The Beast.

Golden Globe Award winner Sarah Paulson is playing Dr. Ellie Staple, a psychiatrist who focuses on patients with the delusion that they have super powers.

According to the official synopsis, following the conclusion of Split, Glass finds Dunn pursuing Crumb’s superhuman figure of The Beast in a series of intensifying encounters, while the shadowy presence of Price emerges as an orchestrator who holds secrets critical to both men.

The all-star cast of the film include Unbreakable’s Spencer Treat Clark and Charlayne Woodard, who reprise their roles as Dunn’s son and Price’s mother.

As being reported, Shyamalan filmed Glass in the Philadelphia area late last year, with the project wrapping its run in the city in February. This American superhero horror-thriller film written, co-produced, and directed by M. Night Shyamalan is slated for 18 January 2019 release.