Iron Man Likely to Make Comeback in MCU with Thor: Love and Thunder 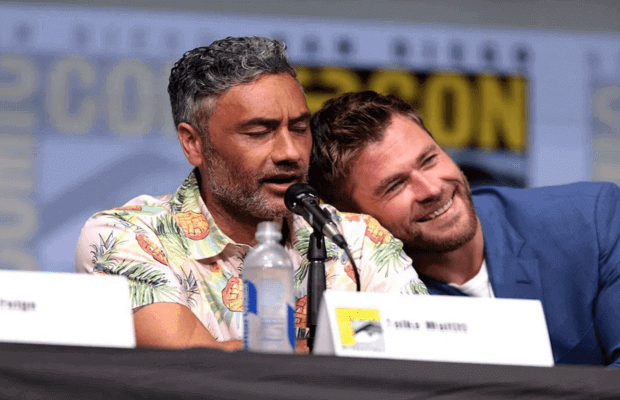 Quite heavy heartedly, Avengers fans bid farewell to their favorite Tony Stark in the Endgame movie last year, and while we did settle on the fact, there was a beaming hope to see the superhero making a comeback someday, somehow. Looks like our prayers have been answered by Marvel Cinematic Universe as Tony Stark aka Ironman played by Robert Downey Jr. is most likely making a comeback with Thor: Love and Thunder.

Taking it to one of the live sessions on Instagram, director of the upcoming Chris Hemsworth installment, Taika Waititi revealed a glimpse of the script. The script which may have gone unnoticed otherwise left fans ecstatic as they saw a dialogue between Tony Stark and Thor.

Tony: In the sack, baby!

Tony: Science. Also, Thanos is back.

Tony: Again, again. It’s GO TIME. Everyone who died is coming back. And this time we’re avenging even more than ever. From now on we’ll be known as… The Avengerers.

The said page from the script left fans filled with joy as there’s a high chance of their favorite superhero now making a re-entry in the Thor movie. The dialogues, however, are confusing but funny at the same time and it’s hard to tell whether Waititi is unraveling the deets of the film or merely playing around for some attention.