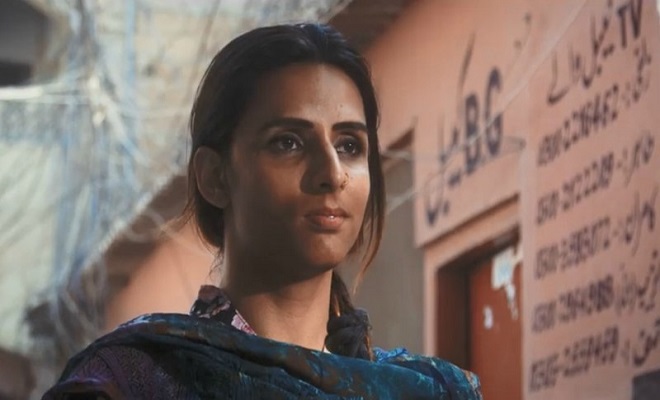 While we missed seeing the Pakistani beauty Mahira Khan at Cannes, this year. It has been great for Pakistani films in 2019. Two of Pakistan’s film, one, a feature length and another, a short film will be screening at Cannes this year, Shamoon Abbasi’s Durj and Gray Scale Productions Rani, respectively.

The news was shared on the official page of Gray Scale Productions recently.

“Rani has been selected by the London Film Academy to be part of a special showcase of films, at the Short Film Corner of the Festival de Cannes! The Short Film Corner runs from May 20th till May 25th, at the 72nd Cannes Film Festival,” read the post. 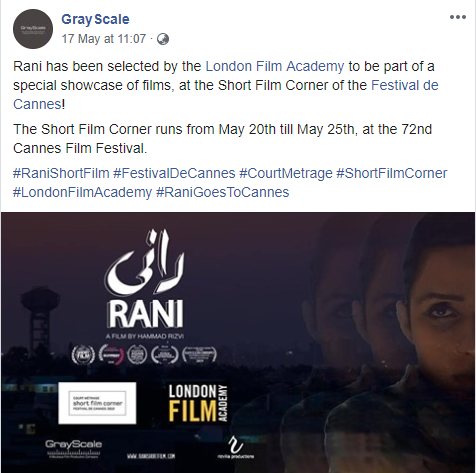 Rani stars transgender activist Kami Sid, who plays the role of a transgender who denies to scummb to the societal pressure and wants to earn an honest living for herself.