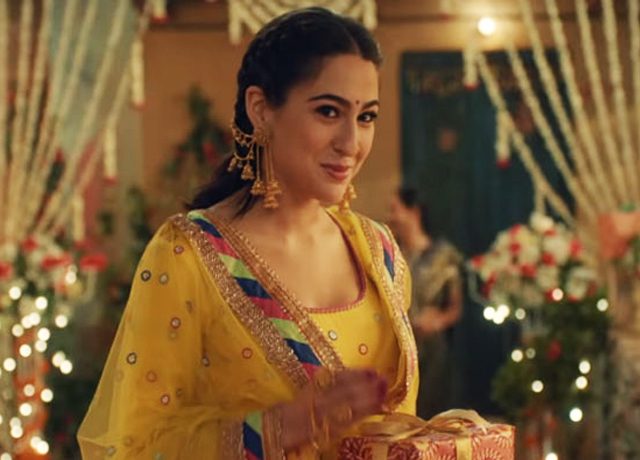 Sara Ali Khan’s much-awaited debut film ‘Kedarnath’ has finally released its first teaser and the star kid has already proven that talent runs in her blood.

The film is a love story set in the backdrop of the disastrous Uttarakhand floods of 2013. It is the story of a Hindu pilgrim (Sara) and a Muslim porter (Sushant) and the teaser shows how the two fight to keep their love alive, despite the odds

While Sara is shown as a rebel, Sushant plays the quiet and reserved porter. He lives with his widowed mother, in a hamlet and makes a living by carrying pilgrims to the Kedarnath temple on his back.

The chemistry between the lead pair is definitely one of the highlights of the teaser which also features a passionate kiss between them.

“No tragedy, no wrath of nature, no act of God can defeat the power of love! Presenting the official #KedarnathPoster, teaser out and 12 noon,” Abishek Kapoor had tweeted unveiling the poster of the film.

The short clip has resulted in fans praising and, in fact, her mother Amrita Singh is also elated. She said that she had seen the teaser and simply got overwhelmed. The proud mommy was quoted as saying: “Just pray for my kid. I think she is very beautiful. I have seen the teaser.”

Speaking of the advice she has for her, Amrita said, “I have just told her to work hard, give your best shot, work with your head down and stay grounded.”

Watch the teaser below: