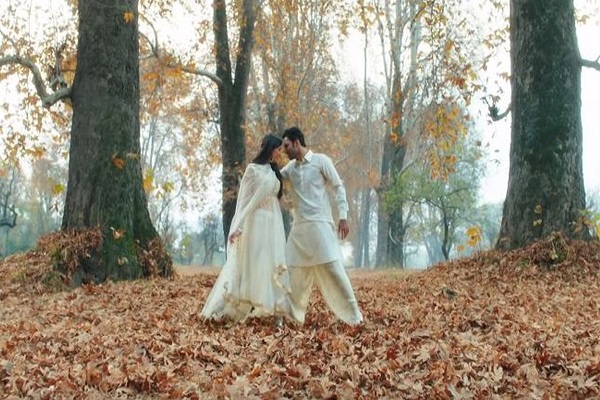 Imitiaz Ali, should get himself a 9 to 5. It would save us a lot agony. Agony of not being able to follow through with what or who we really wanted in life. These are galling stories about how we succumb to the pressure of our families, or our material needs. Laila Majnu is a unabashed reminder of how Imitiaz Ali’s films work.

This film doesn’t even try to sugar coat anything. In almost all his movies, the male character vies with forces within to go with ‘duniyadari’ or follow ‘his heart’ and in process sever himself of reality. Inherently, all his films focus on this journey. But Laila Majnu is perhaps the film which takes it to simply put it another level. A level of abject insanity.

Sajid Ali, brother of Imitiaz Ali directs this one but the story is co-written by the two brothers. And in Avinash Tiwary they found a willing ally, who was prepared to dismantle his personality to showcase his unwavering desire for Laila.

The film is has two dissimilar parts. The 1st half has its moments but it all seems a bit déjà vu. We have seen all this before, multiple times. Unlike prior Imitiaz Ali films, we only hear stories of our hero, Qais Bhatt being filthy rich and spoilt. There is no actual scenes of him being bratty.

Our heroine, Laila (Tripti Dimri) at least in the 1st half is a variation to the usual manic pixie dream girl. She is flirtatious, somehow likes being followed by boys in the streets of Srinagar and excitedly asks her friend how it felt it to be kissed by a boy. She is deviant in her attitude yet obedient in her actions.

The meeting between Laila and Qais is slightly awkward but lays the foundation of this manic relationship. Their parents belong to rival political families. A slimy Mir Sarwar is the right hand man of Laila’s father as an aspiring MLA; desires & marries Laila. The conflict infuses.

And we go past this rather tedious build up to the next phase. After a 4 year gap, we meet Qais again, and now he is Majnu. Unperturbed by his father’s death, he meets Laila again with a sense of hope. Free from the shackles of her family, she is ready embrace him after a period of idat (Mir Sawar dies in an accident after being kicked out from the house by Laila’s father).

But Qais has no more wait in him. This is where, Avinash Tiwary shines. His transcends from being an aloof, shattered soul, to sheer insanity. From desiring her every minute, he creates his own reality. A reality so excruciating, you feel for him and everyone around him.

The urge to be with her lover overtakes his sense of self and everything else becomes irrelevant. The film jostles between how the hero sees the world and how the real world functions. The 2nd half of the film really kicks you in the gut, and reminds you of your own failings.

Shot beautifully in valleys of picturesque Kashmir, the story of these two lovers might seem puerile in its infancy. However, as the character of Qais grows, he makes everything else irrelevant (including his fellow actors). He aches via groans, tears and blood in the wild, he starts to inhabit.

He realizes his fall towards insanity but claims he is happy to be descend as he is done waiting. It’s again paninful but on some level you will him on for his comfort, for the lack of action in your own life whether for someone or to achieve something.

Imitiaz Ali’s magic touch with songs and videos is also visible. After the slight shallowness (in comparison) of Harry met Sajal, he is back with Laila Manju, telling us those dark stories of longing and pain. We are back in Rock-star mold.

This story has been told by many, but Imitiaz Ali and Sajid Ali put a different lens to it. Its fairly predictable story told in a new manner. The song by Atif Aslam, goes someway in soothing the scares the 2nd half of the movie has inflicted upon us. But it’s not enough! 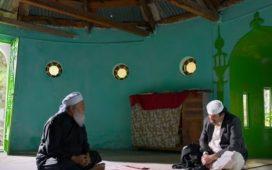