Nabeel Qureshi and Fizza Ali together, have made a polemic yet an entertaining film. 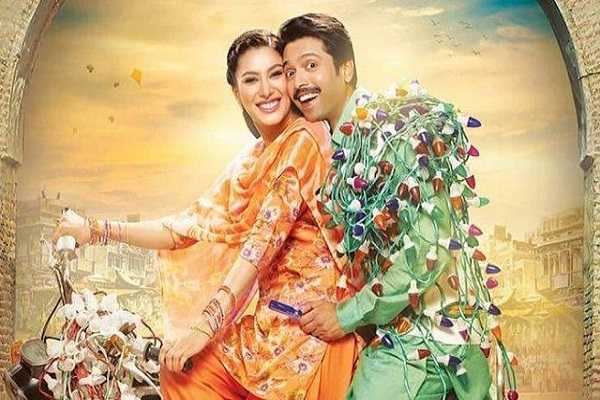 About a month ago, a Pakistan comedian tweeted about how all three big budget releases are simply about weddings or love. It was an interesting point. Having seen two out of three movies, I can safely say that both had a lot more to offer than a simple girl met boy love story. Especially it would be wrong to label Load Wedding a love story. The movie is more like social commentary in the pretext of a love story. You can’t bore an audience with a sermon stoically, nobody pays hundreds of rupees to hear that. So you attach to it a story, make it entertaining but without any sugar coating or excuses. That is what Nabeel Qureshi has been able to do with Load Wedding.

The trailer did tell us the main plot. Raja (Fahad Mustafa) is a local electrician. He is often lost in reverie of his childhood love Meeru (Mehwish Hayat) but never had the courage to express his true feelings to her. Only his confidant and friend, played by an excellent Qaiser Piya, is aware of his love. The villain of the love story? Poverty and aging, just about over weight elder sister, Baby Baji. Raja’s mom Samina Ahmed is seen haggling over dowry with rishta aunty of the mohalla. In this wait, Meeru is married off to someone else, but consider it Raja’s good fortune, that her husband dies the night of the marriage. Raja is determined, especially after a pep talk from his mamu (Noor Hasan) not to let go of this opportunity. After much melodrama, Raja manages to convince all three ladies for the marriage.

Baby baji’s marriage is a more pressing issue now. Raja, has to find a way to get enough dowry for her marriage. The writer has used Fahad Mustafa’s own game show and intertwined it with the film. Fahim Khan plays the role of a show host and creates one of the most fun sequences of the film. The pursuit of dowry continues till the day of her wedding. There are lot of other areas which the writer also touches upon but always remains within the realm of his script. Will Baby baji get married? Will Raja and Meeru find resources to fund her dowry?

Fahad Mustafa personifies Raja. There is infantility about him. He smiles, cries, dances and loves like a baby. His Punjabi (speaking as someone who has live 20 years next door to a typically loud Punjabi family) is faultless. He is the right amount of sweet, and relentless enough that when he gets preachy with a tear in the eye, we listen. Mehwish Hayat, lets go of the diva persona and becomes a Punjab ki kuri. Her character is perhaps even more complex than Fahad, requiring strength and weakness at the same time. She delivers.

Faiza Hasan and Qaiser Piya, are two vital cogs in this story. Both of them are exceptionally good. Faiza Hasan’s character is multifaceted too as she requires the audience to empathize with her at the same time, she is pulling off some incredibly selfish moves. She balances it well. Samina Ahmed as the melodramatic mother is spot on. You feel her helplessness. While, Fahim Khan makes the preachy part enjoyable. It’s a wonderful debut for the man. Noor ul Hasan and Mohammed Ehteshamuddin get small characters but seasoned actors, and did not falter. The casting team should be getting a bonus.

Rana Kamran as the cinematographer performed his job well. The beautiful village, the old buildings and the open fields, remain a beautiful backdrop to what is happening in the story. I particularly enjoyed the background music by Shani Arshad. Some might say that it was leading but with the mass message the film maker is trying to deliver, such background music will only help. They could have cut out some things to make the film a little bit shorter and faster paced. But the number of issues they cover with their story, it required a lot of run time.

The 1st half of the film is fun and engaging. There are some dark sequences there reflective of our culture. Then the 2nd half the film does some moral policing in a good way. The inherent misogyny of our culture is highlighted with many powerful sequences. There are sequences where you laugh along, but think how it can effect someone’s life. Nabeel Qureshi and Fizza Ali together, have made a polemic yet an entertaining film. 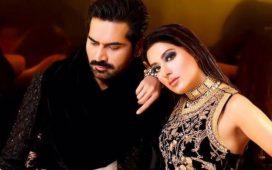 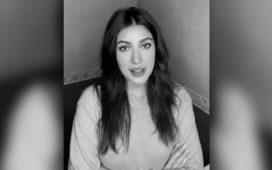 Mehwish Hayat shares a musical message for the new year 2022 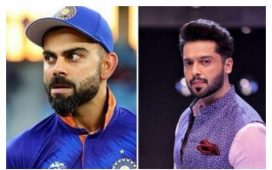