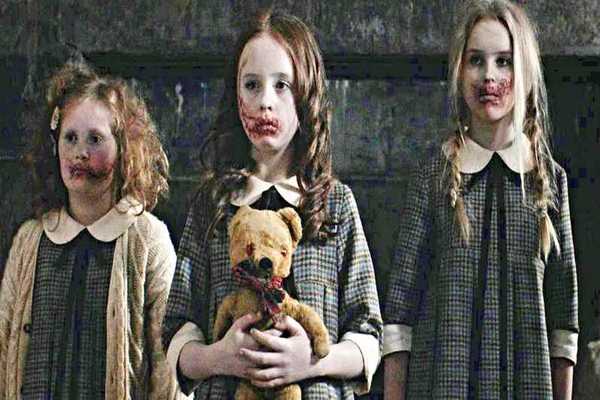 Netflix is really gearing up for Halloween by putting up spooky content. A new horror film “Malevolent” will be added on the online streaming giant pretty soon. The film is written by Ben Katai and Eva Konstantopoulos and directed by Olaf de Fleur.

Malevolent stars Florence Pugh and Ben Lloyd-Hughes as a pair of siblings who scam the grieving by making them believe they can contact the dead. But when they are invited to an old orphanage where brutal murders have taken place, they are confronted by something real this time which they didn’t fake!

According to the official synopsis of the film Brother and sister team Angela (Florence Pugh) and Jackson (Ben Lloyd-Hughes) are nothing more than scam artists. Preying on the grief stricken and the vulnerable, they convince the bereaved that Angela has the ability to contact the dead. It’s a simple con, until Mrs. Green (Celia Imrie) summons the pair to her home. The orphanage that was once stage to a string of murders of young girls, and Angela grows less and less certain of what’s actually real. The fake paranormal investigators suffer the ultimate reality check when they are confronted by the true horrors and terrifying past that lie hidden within the haunted orphanage.
Malevolent premieres on Netflix starting October 5th!