Mehwish Hayat Starrer Chhalawa A Package of Wit and Emotions! 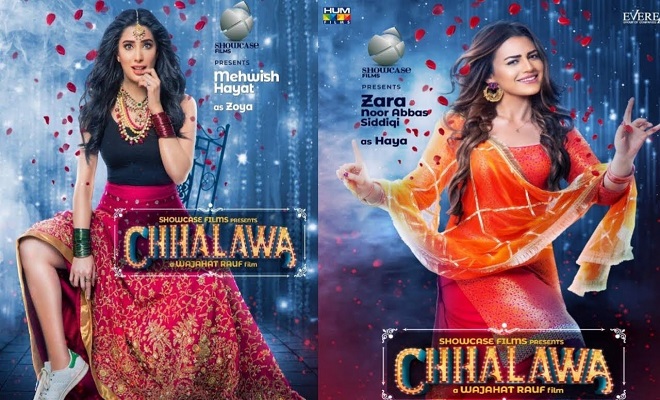 Packed with witty comedy dialogues and some funky dance numbers with a hint of romance and drama, Chhalawa’s trailer is out to excite us. Produced under the banner of Hum Films and Eveready, the movie is all set to throw some giggles this Eid-ul-Fitr.

From what it seems like Chhalawa’s trailer, the storyline will revolve around rural and urban cultures of Pakistan. On one end it depicts Mehwish and Zara in their full-blown Punjabi avatars on the other end we have Azfar and Asad as the modern young boys from the city. There is romance, dramatic events, some sappy moments (courtesy Bollywood) and a lot of fun that you can pick up right from the beginning of the trailer.

While we do look forward to the movie’s release, we are also hoping it to be far better than Wajahat’s previous endeavors which were quite a miss. In all honesty, Chhalawa does look promising and we expect it to live up to its first glimpse.

Check out the trailer yourself and let us know what do you think.