Minions: The Rise of Gru Trailer; You have to find out whether it’s a prequel Despicable Me or sequel Minions 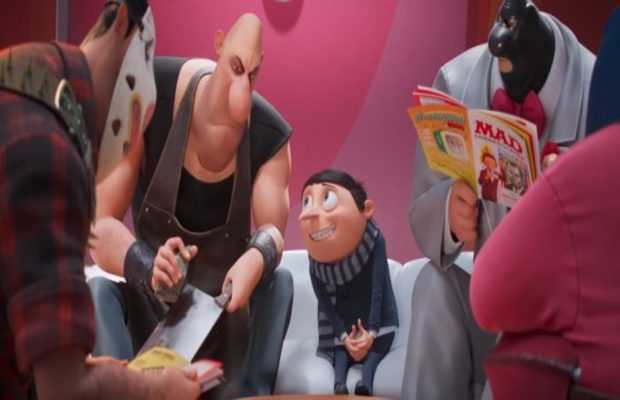 Filmmakers have released the full-length trailer of upcoming animated flick Minions: The Rise of Gru, slated to hit the cinemas on July 3rd.

The joint venture of Universal Pictures and Illumination Entertainment is said to be the follow-up to the studios’ smash-hit 2015 film Minions, which bagged $1.159 billion at the box office.

Directed by Kyle Balda, who co-directed Minions, Despicable Me, and Illumination’s 2012 film The Lorax; flick takes place in the 1970s and follows Steve Carell’s iconic villain Gru as a 12-year-old with dreams of becoming a supervillain (still voiced by Carell).

While this film still takes place before the events of the Despicable Me films, so technically it is a sequel to the 1968-set Minions, in which the titular characters went on the hunt for a new leader to follow.

According to the film’s original synopsis: “This summer, from the biggest animated franchise in history and global cultural phenomenon, comes the untold story of one 12-year-old’s dream to become the world’s greatest supervillain, in Minions: The Rise of Gru.

tweet
Share on FacebookShare on TwitterShare on PinterestShare on Reddit
Saman SiddiquiFebruary 6, 2020
the authorSaman Siddiqui
Saman Siddiqui, A freelance journalist with a Master’s Degree in Mass Communication and MS in Peace and Conflict Studies. Associated with the media industry since 2006. Experience in various capacities including Program Host, Researcher, News Producer, Documentary Making, Voice Over, Content Writing Copy Editing, and Blogging, and currently associated with OyeYeah since 2018, working as an Editor.
All posts bySaman Siddiqui