On major festivals release of new films all across the globe, is a kind of ritual followed by local and international film makers. At this Eid-ul-Fitr there is going to be a ball at Pakistani cinemas as 4 local films will be making it to theaters including 2 English movies. That makes the tally of 6 films releasing all together. The Moammar Rana and Sonya Hussyn starrer Azaadi, the Mahira Khan and Sheheryar Munawar starring 7 Din Mohabbat In and Javed Sheikh’s Wajood  and last but not the least Na Band Na Baraati starring Mikaal Zulfiqar making his film debut.

And not to forget two Hollywood films Jurassic Park: Fallen Kingdom and Ocean’s 8 will also hit the screens on Eid. So it’s going to be a bit of crowded cinema with many films to choose from. Here we bring a quick round up at these films so you can make up your mind, which one you will be watching first. 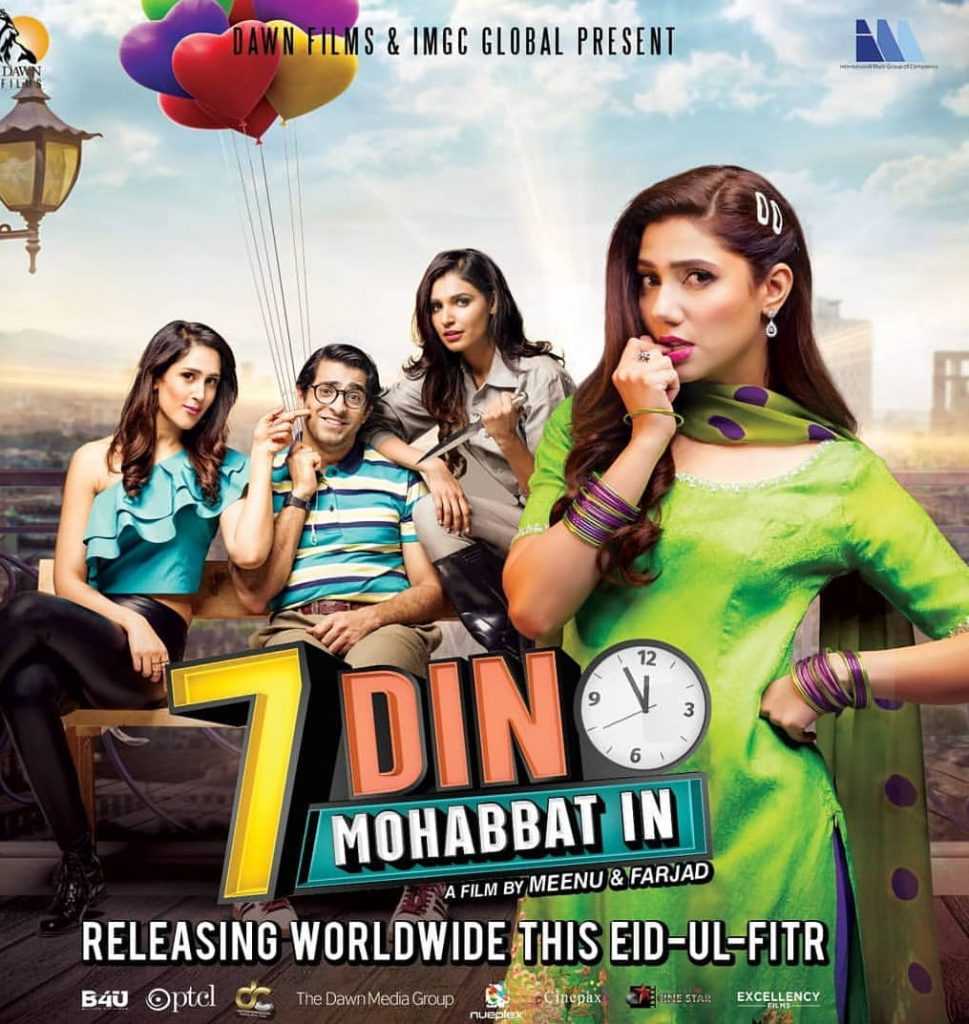 7 Din Mohabbat In, is a romantic comedy film, directed by Meenu & Farjad under Matteela Films. Written by Fasih Bari Khan, The story plot follows a young man Tipu (Sheheryar Munawar) on a quest to find his true love in a crowded Karachi neighborhood. He must overcome the obstacles, both spiritual and physical, to achieve his goals. Lead cast includes Mahira Khan, Mira Sethi, Amna Ilyas and Javed Sheikh. Film is produced under the production banners of Dawn Films and IMGC Global Entertainment. It will be distributed by Distribution Club in Pakistan and internationally by B4U Motion Pictures. 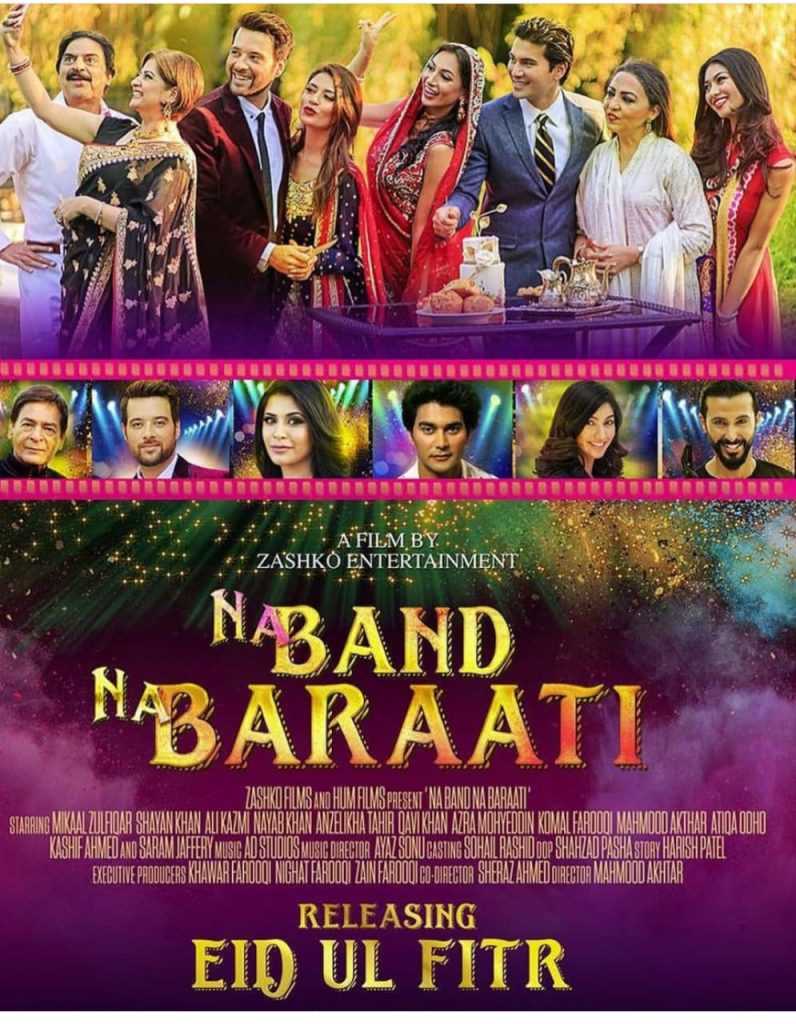 The film Na Band Na Baraati, will be trailing the lives of few Pakistani families living in Canada. It has a jumble of cultures, compassion, love, mischief, and entertainment. It is reported to be a romantic comedy film directed by Mahmood Akthar, written by Harish Kumar Patel and produced by Zashko Entertainment. The film stars Mikaal Zulfiqar, newcomer Shayan Khan, Nayab Khan, Komal Farooqi, Ali Kazmi, Qavi Khan, Azra Mohiuddin, Atiqa Odho and others. This film is being released by Hum Films. 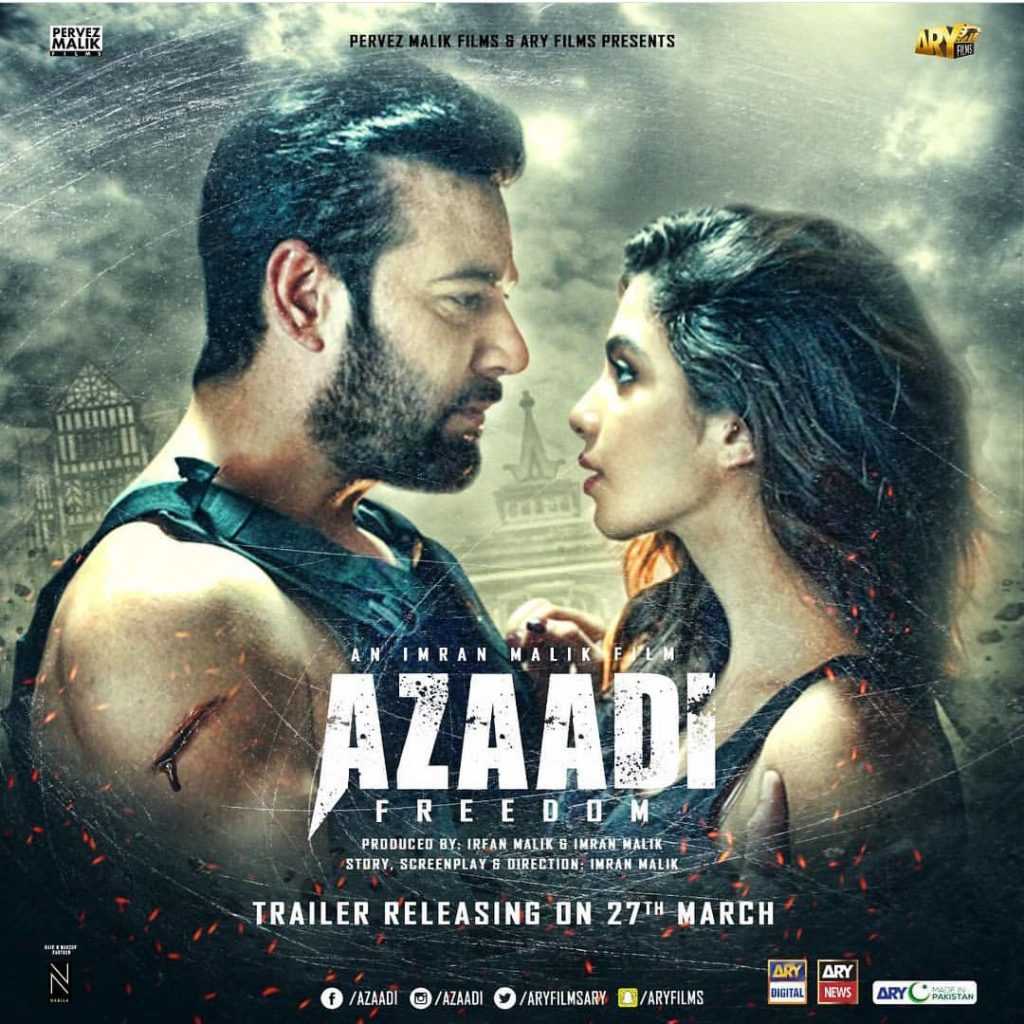 Azaadi is an action thriller, based on the story of a man (Nadeem Baig) who devoted his life for Kashmir cause and is now imparting his vision to the youth to keep the cause alive. Being based on the issue of Kashmir conflict and freedom for Jammu and Kashmir it stars Moammar Rana, Sonya Hussain and Nadeem Baig in the leading roles. Film is written, directed and coproduced by Imran Malik along with his brother Irfan Malik under the banner of their father Pervez Malik Films. Dialogues for the film are written by Wajid Zuberi, and the film will be distributed by ARY Films.
https://www.oyeyeah.com/entertainment/moammar-rana-sonya-hussyn-starrer-azaadi-release-eid-ul-fitr/ 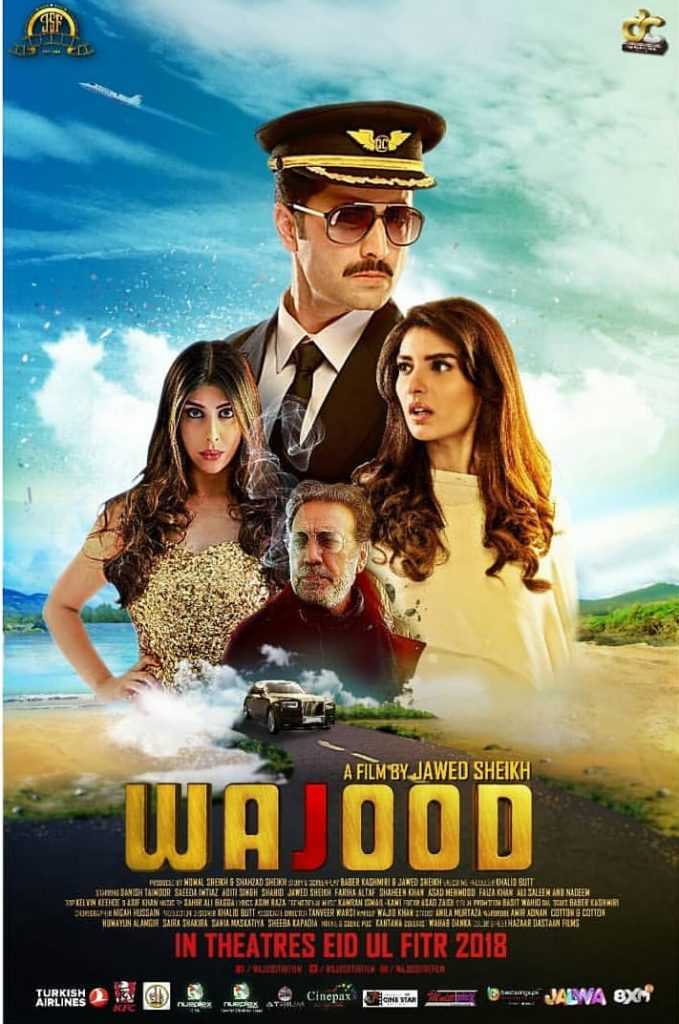 Wajood is a revenge thriller film co-written and directed by Jawed Sheikh; shot at various locations in Turkey as well. Starring Danish Taimoor and Saeeda Imtiaz in leading roles, it will also feature actor Aditi Singh from India, Nadeem Baig, Shahid, Ali Saleem and Jawed Sheikh himself. Wajood is produced by Momal Sheikh and Shehzad Sheikh under the banner Jawed Sheikh Films and is distributed by SagaHits.

If you are not a fan of Urdu movies there will be two new Hollywood films in theaters as well that includes Ocean’s 8. The trailer released provided the fans a glimpse at story plot as well as the star cast that includes Sandra Bullock, Cate Blanchett, Rihanna, Mindy Kaling, Helena Bonham Carter, Sarah Paulson and Awkwafina. This film has already stealth the box office with record business in a week after its release.

Another Hollywood movie slated for Eid release in Pakistan is Jurassic Park: Fallen Kingdom. For action Sci-fi fans it could be a treat to watch. As being series of Jurassic film what one can expect, a lot of thrill as dinosaurs scream and run over the screen, including action packed performances from the cast.

For Bollywood film fans you can wait for a week and get to enjoy Salman Khan’s Race 3 in all its glory.