A weak plot fails even with the magic of Rowan Atkinson 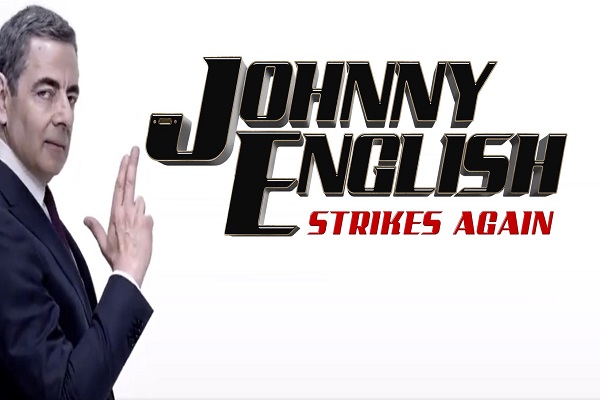 Rowan Atkinson is perhaps one of the most recognisable actors in the world, thanks to Mr Bean. Such is the genius of the man. David Kerr, banks on that brand. Unfortunately, is unable to use this man’s magic to create a consistently amusing film. We have certainly seen this before, you think all the way through.

the plot isn’t the strong point of such spy spoof films. But this film has a plot as strong (or weak) as Theresa May’s position at the Brexit negotiation table. A cyber-attack on the MI server has revealed the identities of all secret agents and now there is no one to stop other attacks on the railway, roads and other systems operating via internet. To save the day, Mr Johnny English who is teaching children spy tricks as a school teacher; is rehired for service to figure out what the hell is going on.

Well set in his ways, and largely sceptical of modern day technology, English sets on the mission to save the skin of embattled Prime Minister (Emma Thompson). Prime Minister has  provided little support by her aides and considers a Silicon Valley ‘genius’ Jason Volta (Jake Lacy) as the saviour of her failing government.

Soon, English is his own over confident, condescending and sloppy ways, meets the ravishing Olga Kurylenko. To add to the chutzpah, we have her a Russian agent. The plot doesn’t thicken. We see English and Bough (Ben Miller), creating disaster one after another. Well, Bough cleans up after English’s mess. They inch towards their target, i.e. revealing who is behind the hack, while the Prime Minister is stream rolling her way to a deal with Jason Volta. Spoiler of sorts: you have guessed it by now, who is behind the hack. English embarrasses himself, the Queen and the UK in front of the G12 before, coming back as the hero. The climax scene will make you chuckle.

And that is what the film will provide. Odd chuckles here and there. It works on the magnetism of Rowan Atkinson and nostalgia. Tongue in cheek, comedy is just a reminder of jokes we have seen before, many a time. The metaphor of Brexit is evident. So, watch the film if you are interested to see a master at work. There isn’t much else anyway.