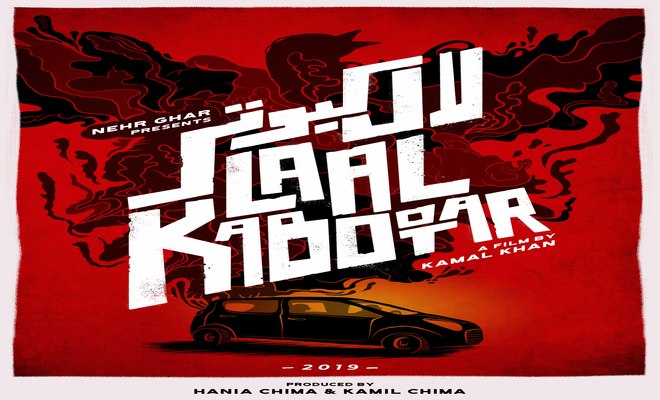 Nehr Ghar Films proudly unveiled the lead cast and teaser trailer of its feature film Laal Kabootar at FiLUMS Festival held in Al-Hamra Arts Council on Saturday, 24th of November 2018. In a first for Pakistan’s film industry, the cast was revealed at a film festival in Pakistan.

A sneak peak of the teaser was screened before a captivated audience in true Comic-Con style, exclusively for the festivalgoers.

With a brilliant performance, the alluring Mansha Pasha plays the lead character of #LaalKabootar, Aliya Malik. When her life is turned upside down Aliya can either accept her fate, or take it in her own hands. Strong-headed to the point of being stubborn, she chooses to put up a fight even though her life is on the line.
https://www.instagram.com/p/BqpO_IpnM_T/

The charismatic Ahmed Ali Akbar went the extra mile in his portrayal of the lead character Adeel, in #LaalKabootar. A hustling taxi-driver, looking for a way out of Karachi, Adeel has a trick up his sleeve. But with his back against the wall, is Adeel willing to pay the ultimate price?
https://www.instagram.com/p/BqpjO-bnDUC/

Directed by the award-winning Kamal Khan, Laal Kabootar is an edge of your seat “crime thriller” set to release in 2019!

Details about the complete cast and their characters will be released later this year.
https://www.instagram.com/p/BpWaS54lNhC/

tweet
Share on FacebookShare on TwitterShare on PinterestShare on Reddit
Saman SiddiquiNovember 26, 2018
the authorSaman Siddiqui
Saman Siddiqui, A freelance journalist with a Master’s Degree in Mass Communication and MS in Peace and Conflict Studies. Associated with the media industry since 2006. Experience in various capacities including Program Host, Researcher, News Producer, Documentary Making, Voice Over, Content Writing Copy Editing, and Blogging, and currently associated with OyeYeah since 2018, working as an Editor.
All posts bySaman Siddiqui