Film is coming out on 28th December! 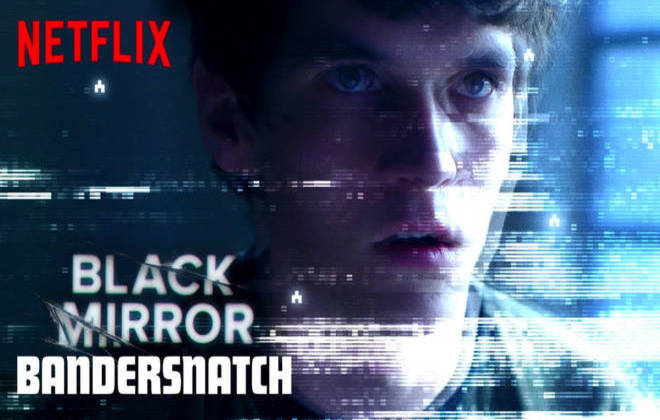 After a fair bit of speculation Netflix has finally released the trailer of the film ‘Black Mirror: Bandersnatch’. Film will be releasing on the streaming website on 28th December.

The synopsis of the film reads, “In 1984, a young programmer begins to question reality as he adapts a sprawling fantasy novel into a video game and soon faces a mind-mangling challenge. Welcome back.”

The film Bandersnatch is reported to be directed by David Slade, whose credits include Season 4 Black Mirror episode “Metalhead” as well as Starz’ American Gods, and features Hard Candy, 30 Days Of Night and The Twilight Saga: Eclipse.

What exactly is Bandersnatch? A Bandersnatch is a fictional creature which has appeared in Lewis Carroll’s 1872 novel Through The Looking Glass. Ferocious, fast and “frumious”. It has also appeared in the poems “Jabberwocky” and “The Hunting Of The Snark”.

It is also reported to be the title of a video game developed in the 1980’s which now seems to jibe with the film’s storyline.

Charlie Brooker’s much acclaimed dark anthology series was renewed for a fifth season back in March, but this Bandersnatch is not considered to be a part of it. The trailer calls it “A Black Mirror Event”.

The trailer features Fionn Whitehead, the Dunkirk Lad along with Will Poulter and Asim Chaudhry. “We’re going to be a hit factory, like Motown, but for computer games”, it later tells.

Poulter’s character then says to Whitehead’s, “When it’s a concept piece, a bit of madness is what you need”, and Frankie Goes To Hollywood’s “Relax” starts playing in.

Film is only a day away from its release, let’s see how it turns out to be.