The new trailer of Creed 2 is out! 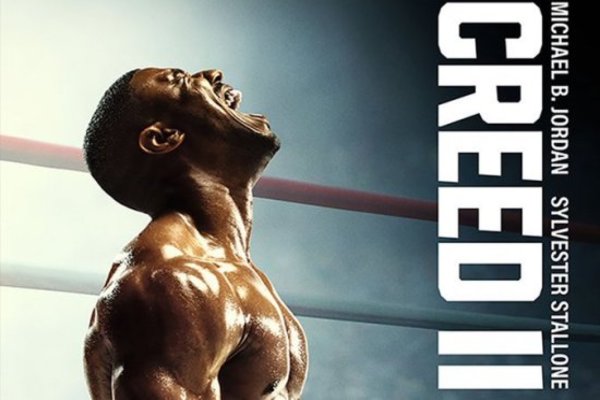 New trailer of one of the most anticipated films of 2018, Creed 2 is out. Slated to release on 2nd November, it is being directed by Steven Caple Jr., with the original screenplay written by none other than Sylvester Stallone.

This is the 8th film of the Rocky franchise. 2015’s Creed marked Stallone’s first appearance as his most famous character since Rocky Balboa.

According to the film’s official synopsis “Life has become a balancing act for Adonis Creed. Between personal obligations and training for his next big fight, he is up against the challenge of his life. Rocky Balboa is there by his side through it all and, together, Rocky and Adonis will confront their shared legacy, question what’s worth fighting for, and discover that nothing’s more important than family.”

The new trailer shows Michael B Jordan is all set to return to the ring as Adonis Creed who is going to take on the son of Ivan Drag. If you remember he is the son of the Soviet boxer who killed Adonis Creed’s father Apollo Creed in the ring during a boxing match. Rocky Balboa (Sylvester Stallone), is the person who does not want to see this fight to take place, as he was there when his best friend Apollo died.

Ahead of the release of new trailer, Michael B. Jordan shared the poster of Creed’s sequel in a tweet.

It was earlier in June when the film makers shared the first glimpse of the Creed 2. Which showed Adonis Creed badly injured admitted in hospital with his girlfriend sitting on his bedside. And later Rocky appeared as Creed’s mentor for boxing training.
https://www.oyeyeah.com/celebrity/creed-2-way-next-year-november-reveals-sylvester-stallone/

tweet
Share on FacebookShare on TwitterShare on PinterestShare on Reddit
Saman SiddiquiSeptember 28, 2018
the authorSaman Siddiqui
Saman Siddiqui, A freelance journalist with a Master’s Degree in Mass Communication and MS in Peace and Conflict Studies. Associated with the media industry since 2006. Experience in various capacities including Program Host, Researcher, News Producer, Documentary Making, Voice Over, Content Writing Copy Editing, and Blogging, and currently associated with OyeYeah since 2018, working as an Editor.
All posts bySaman Siddiqui