While earnest in its storytelling, the film does use emotion tropes 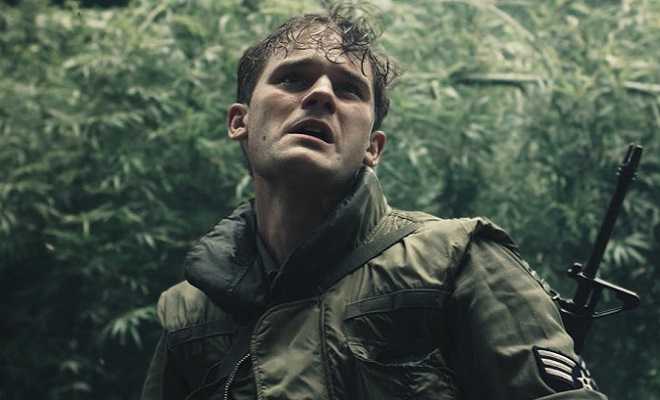 There seems to be an anti-war theme to “war” movies these days. Films aren’t always celebrating nationhood. Rather, they tend to focus on the travesty that is modern-day war. The Last Full Measure, fall somewhere in between these two spectrums ends. It does talk about honour, valour and service to the nation during wartime. Yet, the focus is not on saving lives and not taking them. The opposition, while shown as being clever isn’t in the focus. The villain in fact is the situation these young men are sent into.

A fact-based film, the Last Full Measure is in some ways a coming-of-age story of a career-oriented bureaucrat Sebastian Stan (Scott Huffman). A Vietnam War hero William H. Pitsenbarger was denied a Medal of Honour 30 years ago due to political wrangling and self-interest (the film is set in 1999). However, his fellow combatants, lead a fight right this wrong endlessly. Stan, who is making swift progress in the Department of Defense, sees this mission is dead at arrival and detrimental for his career.

However, once he has created a personal connection with the people who owed their lives to Pitsenbarger and with well as his parents (played by Christopher Plummer and Diane Ladd), Stan decides to go head-on and get this thing done. He is fighting even at the cost of his career prospects and in defiance of his boss. It’s a story of a fallen hero and a coming of age. You know what happens next.

The movie directed and written by Todd Robinson is sincere and earnest. However, they do use a bunch of emotional tropes. The ailing parent, race against time, the self-doubt of the war veterans and self-loathing for not doing things differently, it’s all there. Yet it seems to be just on the surface. The crux of the movie is in changing the behaviour of this indifferent bureaucrat by bringing him close to these war veterans.

That takes a long time and the actual process of getting a recommendation for the medal, something that he thought would take years, seems almost straight forward. We skip important details and are told that public pressure via media, made it happen overnight. The struggle and conflict really remained between Stan really caring about it and subsequently these brave men trusting him.

It gives a lot of emotional scenes but not enough to keep you engaged for this long. Even the powerful cast including Samuel L. Jackson, Ed Harris, Amy Madigan and Peter Fonda make leave a lasting impression.

All in all, the Last Full Measure is an emotional story, made to pay respect to a fallen hero. Someone valour and courage demand such a story. But if you are looking for a more layered form of storytelling, this film probably isn’t going to offer a whole lot.