Hareem Farooq's performance is the highlight of an uninspiring film 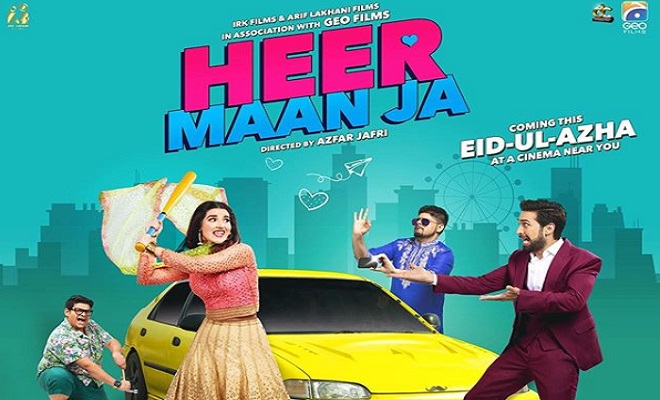 It is an emotional drama with deep meaning, or a madcap comedy where motivations of the characters are irrelevant. ( oyeyeah.com )
5Shares
470Views

Does the lead duo hate or love each other? Is there a sense of resentment or have they passed that phase? As a viewer, this is your dilemma as you sit through Heer Maan Ja. It is an emotional drama with deep meaning, or a madcap comedy where motivations of the characters are irrelevant? Unfortunately, the director of the film tries to present a mixed plate of it all. The result is a slightly confusing film.

The trailer provides quite a straight forward brief of the film. A run-away bride Heer (Hareem Farooq) banks on an unwilling (but also willing) careerist Kabeer (Ali Rehman) to help get out of an undesirable marriage. To be groom, was a text book villain Wajdan (Faizan Sheikh). For comic relief different actors drop in and out. Some stay longer like Mojiz Hasan as Jerry and Shamayale Khattak as Ramsy. These four join forces to keep Heer out of the clutches of this misogynistic vile human being. What follows is car chases, some action, lot of tacky comedy and drama.

There is a strong enough back story that connects the lead duo. Owais Korai Baloch’s story has some obvious issues. But they are only magnified by how the director has decided to tell the story. Azfar Jafri is unable to create a balance between the comic and the emotional scenes. You go from feeling bad for a character to not caring fairly quickly. The film does have a feminist outlook, however, the ‘big twist’ is based on some fairly archaic ideas.

What gives strength to the film is the performance of Hareem Farooq. Essentially she is playing (and nailing) three characters, that of a young obedient daughter, an eccentric girl escaping an abusive relationship and a heartbroken girl, trying to break away from a problematic relationship. While director Azfar Jafri really struggles with the transition of these scenes, Hareem does it effortlessly. She is earnest in their efforts, even when the script gives her very little.

Ali Rehman is just about adequate. Again, the way the director has chosen to tell this story asks a lot of the actors. All convincing of this ‘mad plot’ and overzealous comedy falls on the shoulders of the actors, as situations are forced upon on. The few jokes you could laugh out loud at come via Mojiz Hasan. He gets one key emotional scene just right.

Faizan Sheikh, however, is extremely one dimensional. His appearance, the background music and his dialogues paint him as a supervillain. In reality, he does very little except an accidental mishap and trash-talking. We also see Aamina Shiekh, Saleem Mairaj and Ali Kazmi. But their roles left me wondering what made them sign this film.

As for the technical side, there is some choppy editing on display. Cinematography is straight forward enough except for the odd fight sequence. Music again isn’t memorable especially if you compare it to what Azaan Sami Khan has produced for the other two films HMJ is in competition with. The branding seemed a bit forced but given the state of our industry, it perhaps provides a safety blanket. A necessary evil if you will.

This isn’t a leave-your-brain-at-home comedy, outrightly. The writer and director have tried to give it some emotional weight. But they didn’t succeed in getting the balance right. Credit to Hareem Farooq for still pulling through and making the most of this difficult task.

Having said that, there is an attempt to make more than just an ‘entertaining’ film. This isn’t a Jackpot. It has more to offer than a lot of other ‘comedy’ releases in recent years. Even when the purpose is just to draw laughs, there is some structure to the scene and it is consistent with the story.

That alone is an achievement. 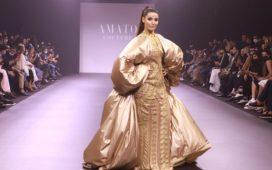 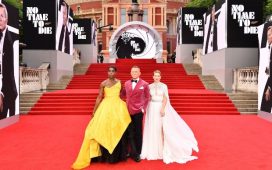 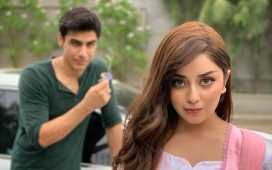