Here is why Parwaaz Hai Junoon, might not be making this Eid ul Fitr release

Hear it from Momina Duraid herself 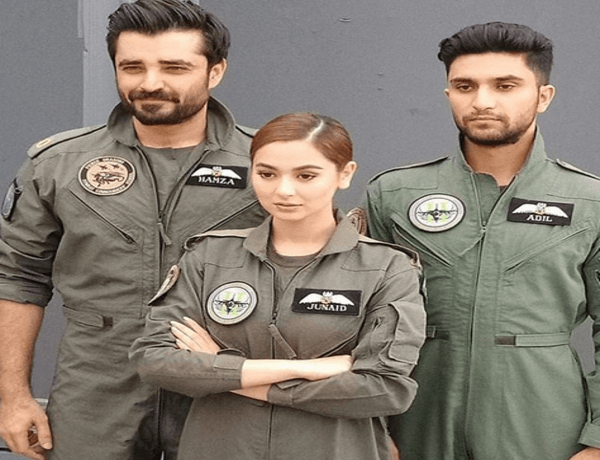 There have been all sorts of news, rumors and speculations about the release of the upcoming film Parwaaz Hai Junoon after a legal notice was served to the production house on the complaint filed by stylist Soomar Rehman for not giving him due credit in the film.

However, it now seems that the film perhaps might not be making its release this Eid. While talking to the media, producer, Momina Duraid has clarified few things as there have been a lot of speculation regarding the movie ever since. For some it was VFX issues and for many it was because of the legal battle.

“There are 6 Pakistani films coming on Eid ul Fitr and it’s a reason of concern and worry for all producers as it will be difficult for 6 films to even reach breakeven if released together,” states Momina Duraid

“Ideally someone should take the step of pulling back in the interest of the entire industry and this is currently being discussed and pondered upon by all of us. I am considering moving seriously although my film is ready to go as I feel that is the right thing to do in the benefit of all films but the final decision of moving the release date is not confirmed yet,” added the producer further.

To be honest, 6 movies releasing at the same time is going to be very challenging for all the producers especially when cinema in Pakistan is going through revival phase and revenue is a matter of concern for all.

tweet
Share on FacebookShare on TwitterShare on PinterestShare on Reddit
Saman SiddiquiMay 17, 2018
the authorSaman Siddiqui
Saman Siddiqui, A freelance journalist with a Master’s Degree in Mass Communication and MS in Peace and Conflict Studies. Associated with the media industry since 2006. Experience in various capacities including Program Host, Researcher, News Producer, Documentary Making, Voice Over, Content Writing Copy Editing, and Blogging, and currently associated with OyeYeah since 2018, working as an Editor.
All posts bySaman Siddiqui