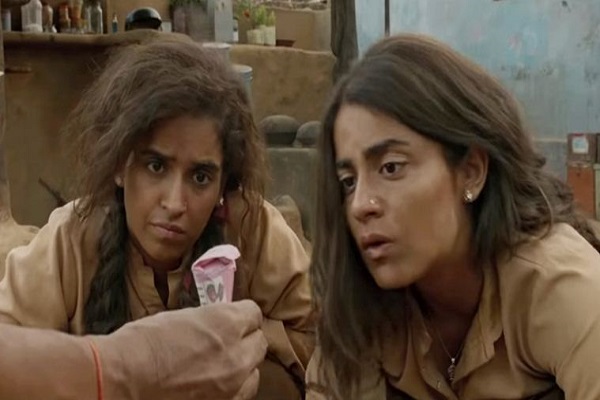 Edgy, that is how some might define Vishal Bhardwaj’s movie or more aptly characters. Even if you don’t enjoy the movie to the fullest, it doesn’t make you fall asleep. Such is his capacity to make all engrossing characters on screen. Pataakha, is a story of 2 Rajasthani sisters, who are mortal enemies. As the trailer shows, the hate is like India and Pakistan’s animosity; mindless, destructive yet relentless.

Champa Kumari or Badki (Radhika Madan) and Genda Kumari or Chhutki (Sanya Malhotra) are hell-bent towards the path of destruction. In moments they become aware of the harm they are causing to one and another and to their own self. In these fleeting moments there are signs of affection but they vanish pretty much right away. In other aspects like their understanding of the world, business, and their ambition they have clarity. Its their hate for each other which, freezes their brains. Bapu (Vijay Raaz) is the single father of the two and is caught between this cross fire every other day.

While, they need light reason to fight the fire is often ignited by Dipper (Sunil Grover) who finds these fights entertaining. So, when one steals beedi from the other, Dipper is there to pour fuel over burning. In life, they have differing ambitions too. Badki wants to run own dairy farm, while Chutki wants to open a school in the village. They meet their soul mates; we get to see an item number. The sister get married, in chaotic circumstances and end up in the same home. Conniving moves and screaming continue, till they get apart. But can they live apart from what has been one constant in their life? This the basic premise of the film.

In Sanya Malhorta and Radhika Madan, director Vishal Bhardwaj finds two able actors who work very hard to become these two twisted beings. There is little vanity to these roles. Their teeth’s have blackened and they roll around in cow dung. Unlike last week’s Batti Gul Meter Challu, Paatakha nails the accent too. It doesn’t come as an exclamation mark, rather it’s who these people are. Vijay Raaz and Sunil Grover also play their role with honesty. The haplessness of Bapu who adores her daughter but is unable to mend their minds is palpable. While, if done different Sunil’s role could be a bit like Saif’s in Om Kara; but it’s been done a lot differently.

As a whole, a world is formed which is fun and engaging. Background at times is a bit contrary how I personally saw these characters. Especially the situations involving Dipper. It was pushed as playful and clowning around but it was a lot more destructive. But the biggest gripe with the film was how for long it went on. While the base idea was strong; characters interesting to a degree, the film just overextended it stay. It became monotonous perhaps mid-way through the 2nd half.  It was amusing watching these heroines fighting each other in with unabashed hate; without any slick Bollywood action director moves; but it grows old. The 1st scene of the film is Badki and Chutki abusing each other. They more or less do the same for the whole film.

Nonetheless, it’s a well-directed film with tremendous acting. You will have a laugh every few minutes. The film, although deals with strong emotions doesn’t take itself too seriously. The India Pakistan metaphor especially given the chest thumping of the past week or so felt relatable. On that note, our censor board or the cinemas volunteered to mute a few ‘controversial’ dialogues. But one could read from the subtitles. Who are these geniuses? 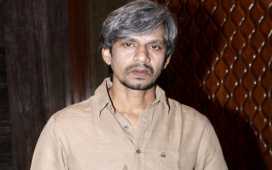