Even superheroes require a good script to engage audiences 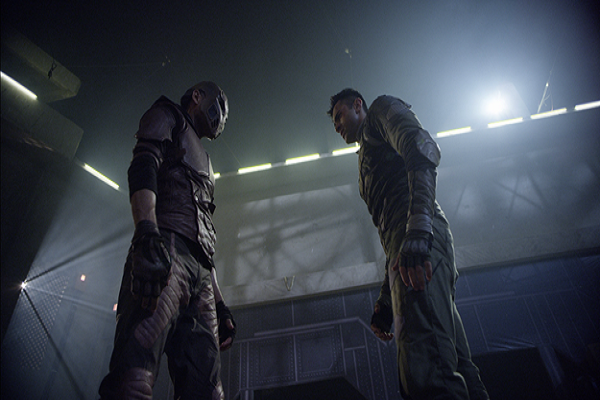 When you are young, there are projects you start with your friends. The group sits together and plans out the details. The idea seems fantastic but it requires commitment. In the next meeting, one of the friends is missing because he prefers sleeping. Next you release that within the group there aren’t enough technical expertise to pull it off. Soon, the group is gone and now it’s only you. The belief is gone, but with some ‘jugars’ a final product is ready. Obviously, it is not a piece of art which will take you places. But it is something. You have told those who deserted you, and more importantly yourself that it is possible. Even in an unrefined and topsy-turvy, your project is out in the world to see. It’s a building block, perhaps ugly but needed.

That is perhaps how I would define the film Project Ghazi. For the whole team, this would have been a really audacious idea. Can we pull this off? Turns out they fell a short by quite a bit. The cinematography, the visual effects and the action sequences weren’t impactful enough. It is quite understandable. Perhaps, our industry experts are not up for it yet. The super hero genre will take some more time, this is evidence enough.

Perhaps, what was more concerning was that the script, the direction and the editing, especially the editing was as poor. To begin with the script is shallow. These characters are missions which would kills or save millions, but the grander is missing. Their motivations unknown. The director gives some back stories but the back and forth of time is so frequent, you just stop caring.

Sheheryar Munawar as Major Zain Zulfiqar has this constantly exasperated look on his face even when is flirting (for a minute or two). I get that he is someone who still trying to figure out his own strengths and his father’s history. But he isn’t playing a robots. Salaar (Humayun Saeed) does what is expected off him. He is a performer and he performs regardless of the script. Syra Shehroz as Zara Iftikhar is someone who can do it all. She is the ears and the eyes of these men, she is a scientist studying Major Zain’s capacities, she is an investigator when required and when the time comes, she is ready for some action. It’s a confusing role to say the least. Talat Hussain sahab as Dr Zaid, delivers some punchy lines like no one else can. Adnan Jaffer as antagonist Qataan, is also somewhat impressive and does create an aura with his performance. Eventually, in the climax, however it’s a left down.

Some of these characters have back stories but even then they aren’t able to explain their motivations. There is no emotional hook for the audience here, despite the patriotism element and subtle hint of a romance too. Also, apart from perhaps Zara, seemingly are talking at each other; the dialogues are more like monologues. Also the editing is atrocious. Transitions were key given that the story did a bit of back and forth in time but its execution was poor. It looked like the different scenes jumbles together.

Credit however to the costume and set design team. These characters and their surroundings do look like a different tangent. One where this 7th generation warfare is upon us (whatever that means). Also, the film doesn’t demonize India, which would have been the easy thing to do. Perhaps when it was made, the situation was different.

Anyhow, at the very least director Nadir Shah knows the story he wants to tell. In his direction, it gets a bit convoluted but you could see what he wanted to achieve. Given our history, that is an accomplishment in itself. For now, our technical expertise may not be up to mark but perhaps he has opened the door for newer films makers to invest in this genre. They should start by hiring a better script writer though!