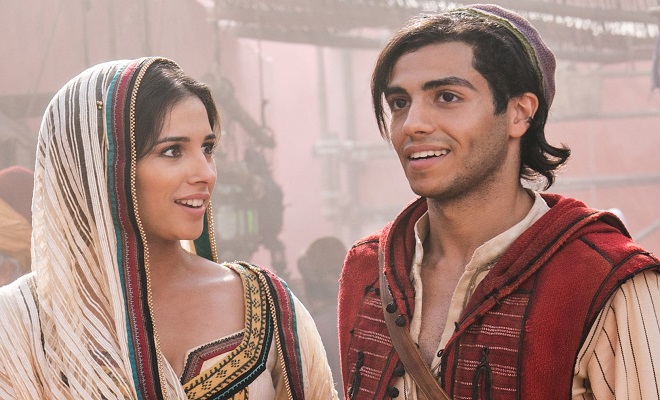 We’ll keep the flaws for the critics and simply come to our point, we absolutely loved the new trailer of Disney’s live-action version of Aladdin.

To be honest, this one’s nostalgic, bringing back so many memories of our childhood, days we’d spend watching Aladdin, the animated movie or one episode after another on Disney Hour. Will Smith redefines Genie and perhaps he isn’t Robbin Williams, but his is definitely a Genie we’d love to watch on screen. Smith brings across Aladdin’s best friend with a touch of his own, Genie’s smart, he’s excited and he quips, but when time calls for it, he’s standing there for Aladdin too.

The trailer focuses on Aladdin’s relationship with Genie and his equation with Jasmine as well. We like how Mena Massoud has portrayed Aladdin. Naomi Scott as Jasmine is regal and convincing while the highlight definitely has to be Will Smith as the Genie. Directed by Guy Ritchie and a part of Disney’s ongoing campaign to reimagine and adapt its animated classics as live-action films, Aladdin releases on the 24th of May 2019.

We’re rushing to the theatres, what about you?