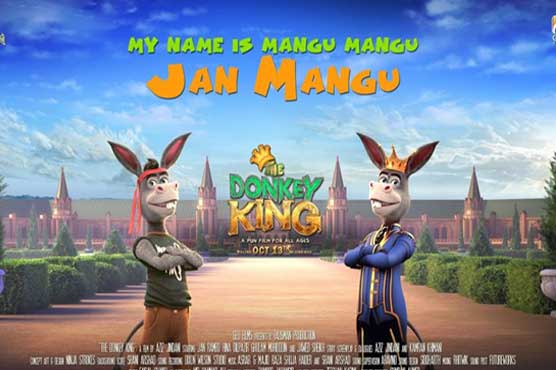 The emphasis for the marketers of Donkey King was on their tagline ‘a fun film for ages’. Having seen the film, I understand that approach. Donkey King, isn’t necessarily a film for kids. So, the basic idea of an animated film is for children, had to be dismissed. The film has plethora of tongue in cheek political references, which are primarily targeted a current affair consuming audience. Hiding behind the laughs, and slapstick comedy are deeper meaning jibs at how democracy is curtailed in our country, the role media plays, and the social classes division.

The film tell us a simple enough story of Mangu, a donkey who ends up on the throne. The incumbent ruler has decided to call it a day. The natural course of action is to handover the reigns to his son, but due to a combination of treacherous planning by the fox ‘Fitna’ and a passionate movement of rights; the king decides to have a democratic election process. Mangu, who dreams of better days is lured into the reckoning by Miss Fitna, who wants to be the de facto ruler behind the veil of Mangu’s Kingship to attain her wicked goals. Mangu is caught between enjoying the perks of being King and doing what is right for the Kingdom. All goes haywire before Mangu gets a shot at redemption.

It’s an easy to comprehend story even for children. Evil loses, good is triumphant in the long. It directs us to dream big but keep a check on personal desires. The film is its own way is quite serious, pointing out the hypocrites of our society. The script although not watertight, is engaging. There are moments where scene just go on more than required like the song about not having utilities. The point was already made earlier.

Jan Rambo as Mangu, is decent. At times he did go off the decibel limit but overall it was well done considering the director’s motives was to paint Mangu as an adorable fool. Hina Dilpazeer evil laughs are a thing now. Marketers should make use of it. She does a stellar job as Fitna. I am not an animation expert, but for an uneducated eye, it looked perfect. Animating team under Zeeshan Kirmani, painted an alluring picture fit for the fairy tale. The title song is beautifully done, and is very catchy.

All in all, this is a fun one time watch. If you are aware of current affairs, it will make the film that much more enjoyable. Go to watch a light hearted, fun yet profound portrayal of democracy in Pakistan. 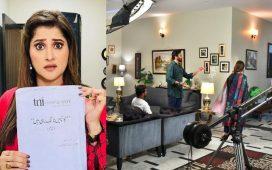 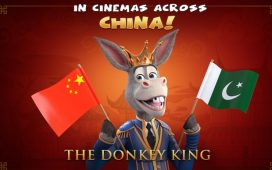